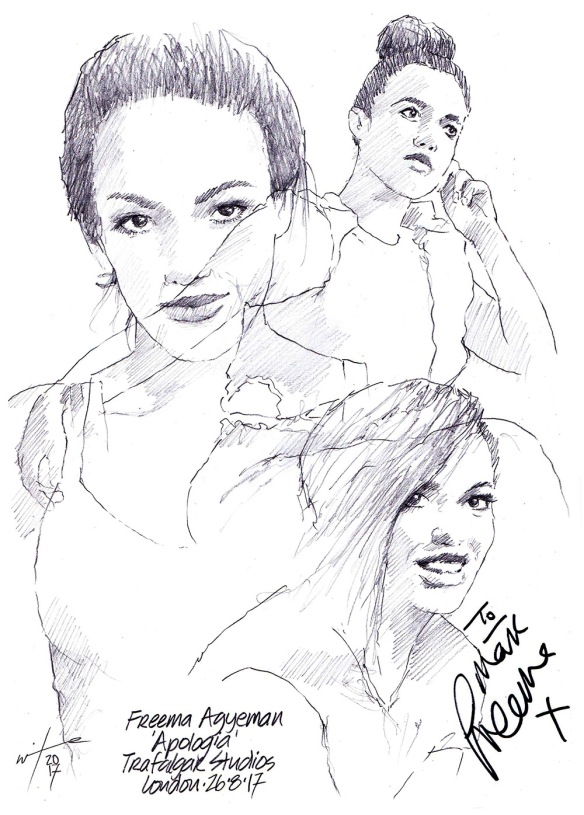 DOCTOR WHO’s Freema Agyeman made her West End debut last month in the revival of Alexei Kaye Campbell’s family drama APOLOGIA at the Trafalgar Studios. Known as Martha Jones,the Time Lord’s companion and Alesha Phillips in LAW & ORDER:UK, Freema plays Claire, the unrepentant girlfriend. Ironically she turned down a chance to debut on stage at the Donmar sixteen years ago for a role in the soap CROSSROADS, now appears for the first time on the London boards as a spirited soap star. She signed this sketch I drew at the stage door after a Saturday evening performance a few weeks ago.