Against the odds, underdog Team New Zealand has won the 35th America’s Cup, with a ruthless pounding of Oracle Team USA 7-1 off Bermuda to win the ‘Auld Mug’, international sport’s oldest trophy. Here’s a small selection of chicanery from the past year. 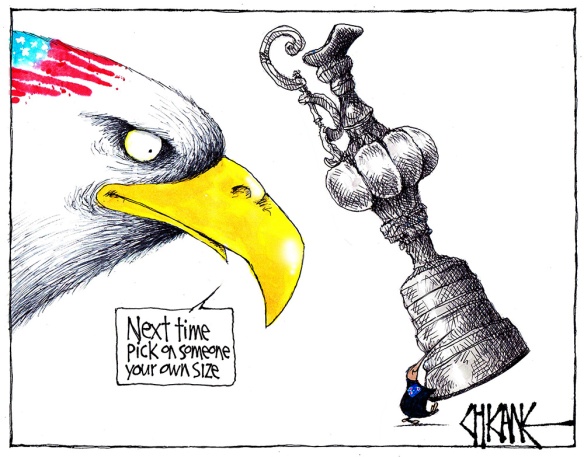 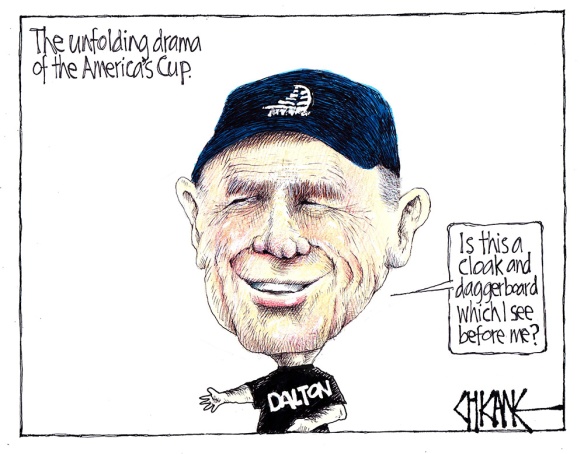 British actor Peter Davison came to prominence as Tristan Farnon in James Herriot’s ALL CREATURES GREAT AND SMALL before becoming the fifth incarnation of the Doctor in DOCTOR WHO. He is coincidently the real life father in law of the tenth Doctor David Tennant.

Apart from his extensive TV work Peter has a distinguished stage career including two of his recent appearances, as Professor Callahan in LEGALLY BLONDE and Herbie in GYPSY, both at the Savoy Theatre in London. He was nominated for an Olivier Award for the latter. I dropped this sketch off at the theatre, having missed Peter a couple of times at the stage door and it eventually came back signed. 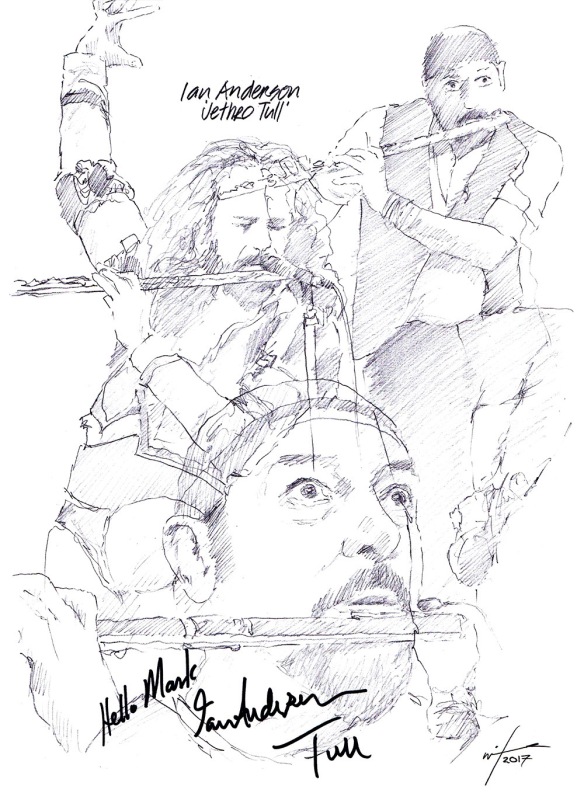 The rock god Ian Anderson, frontman and flautist for the legendary band JETHRO TULL is one of my all-time musical heroes. Ever since I was introduced to their music as a high school student visiting my Aunty Tricia and John, her boyfriend (and subsequently her husband and my uncle) at their university flat. Tull was always playing and became a influential or should that be in-flute-tial part of my formative and not-so-education, listening to albums such as THICK AS A BRICK, AQUALUNG and A PASSION PLAY.

Ian’s signatures are the one legged stance and the iconic flute, which he actually took up started playing because of his frustration with the guitar and he wanted something a bit more idiosyncratic for the band formed in 1967 and named after the British 18th century agriculturist.

I have been lucky enough to see Ian and Tull perform a few times and in fact meet Ian before a concert in Melbourne, Australia, albeit it briefly many moons ago. It only occurred to me a couple of weeks ago that I hadn’t drawn him, so that go sorted lickity split and I posted the drawing to his company. It came back even lickity splitter, signed, before he embarked on the latest North American tour. It’s one of my most treasured pieces. 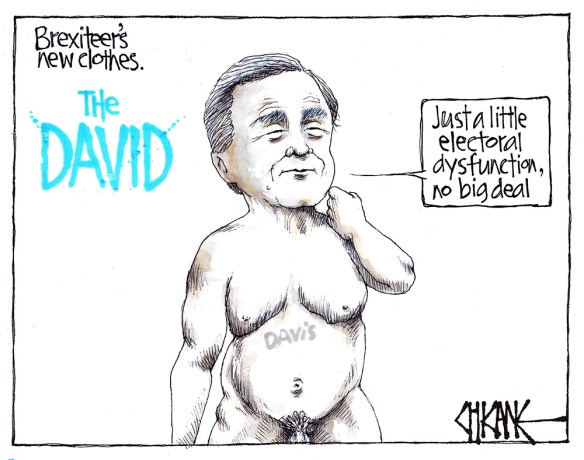 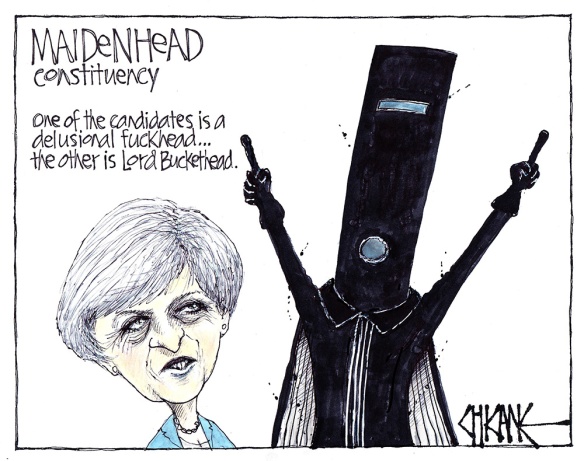 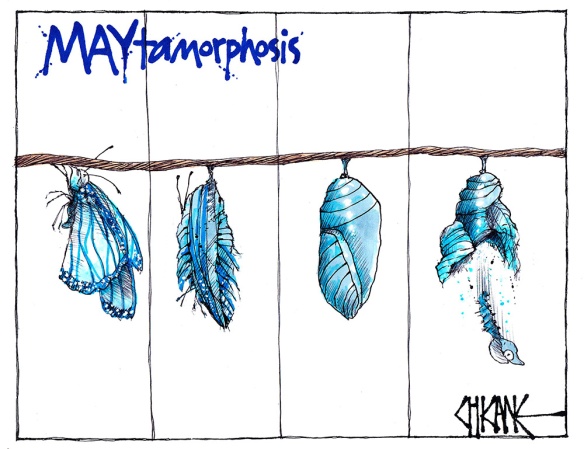 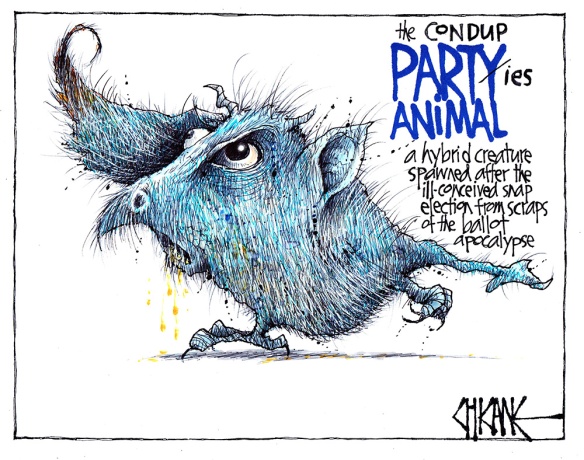 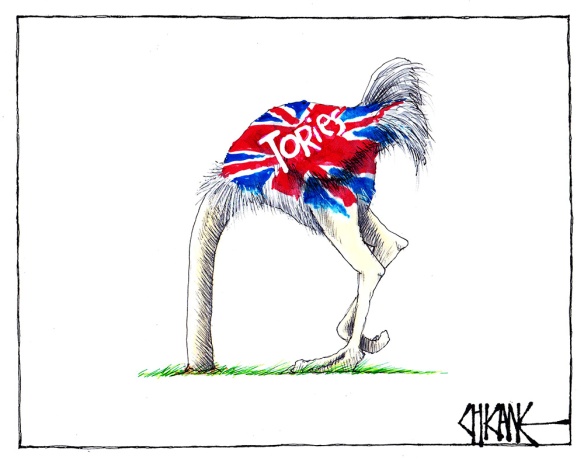 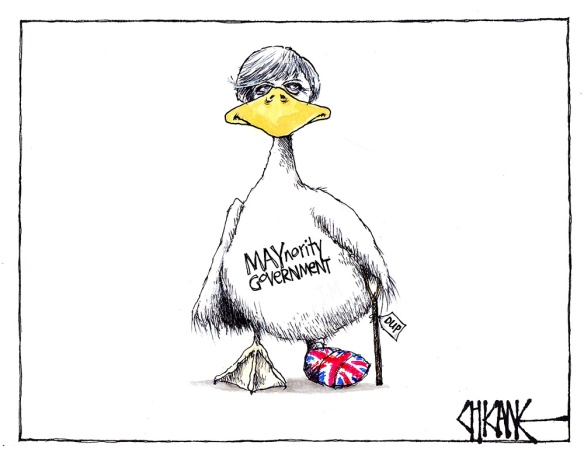 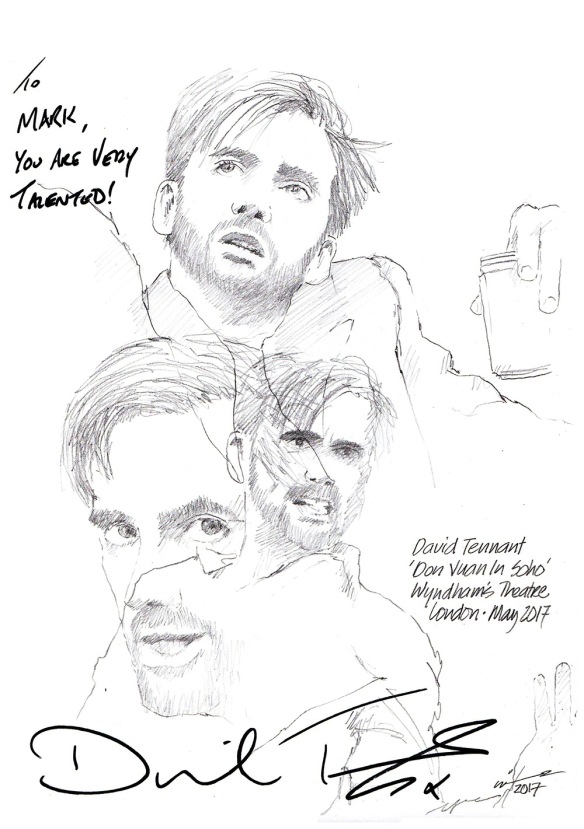 I always like drawing David Tennant- so expressive and he has always been kind enough to sign my scribblings over the years. His latest West End outing is the rakish titular lead in Patrick Marber’s revival of his own play DON JUAN IN SOHO at the Wyndham’s Theatre.

Last seen eleven years ago at the Donmar with Rhys Ifans, the play is a free-flowing update of Moliere’s 1665 comedy about a well- heeled hedonist. David is no stranger to seduction at Wyndham’s, having played the part of Benedick in Josie Rourke’s 2011 production of Shakespeare’s MUCH ADO ABOUT NOTHING alongside Catherine Tate.

David’s portrayal of the ‘Satan in a suit from Saville Row’ drew universal praise from the critics. The Guardian’s Michael Billington stating “It is Tennant’s performance that gives the play a disturbing ambivalence.” Eleanor Turney simply said “He’s an absolute bastard, but a charming one.”

Mark Ruffalo returned to the Broadway boards after an eleven-year absence in Arthur Miller’s rarely-revived THE PRICE at the American Airlines Theatre during the Spring. The three-time Oscar-nominated actor played career cop Victor Franz alongside Danny De Vito who was making his Broadway debut.

Mark was last seen on the Great White Way in Clifford Odet’s AWAKE AND SING! which also garnered him a Tony nomination. Known as ‘the actor’s activist’, Mark said in a recent interview that his acting teacher would tell him that ‘ art is activism… we should pay to go to church and the theatre should be free – that’s where we learn about ourselves.’ His character in THE PRICE is exiled to the Police departments version of Siberia- out by the airport because he doesn’t participate in the department’s politics. Mark has always been a good signer and very fan-friendly so I sent this sketch of him in the role to the theatre and it came signed. 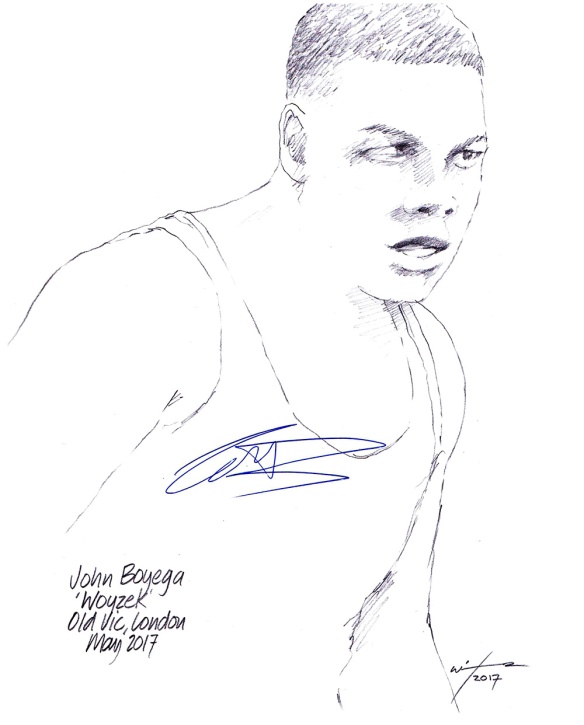 English actor and BAFTA-winner John Adedayo B. Adegboyega, known by his stage name John Boyega has returned to the stage after finding International success as the rogue stormtrooper Finn in the seventh film in the STAR WARS series, THE FORCE AWAKENS. He’s come a long way from his first stage role as a leopard in a primary school play.

John is currently playing a British soldier patrolling the East/West border in Berlin during the 1980’s in an adaption by Jack Thorne of the 19th century play WOYZECK by the German playwright Georg Buchner. A handful of us caught up with John at stage door before last Saturday’s matinee when he stopped to sign some graphs, including my sketch. An hour later he was back outside the theatre with other cast and crew and the audience, who were all evacuated to the nearby Imperial Museum Gardens after a bomb threat stopped the play 15 minutes into the performance.