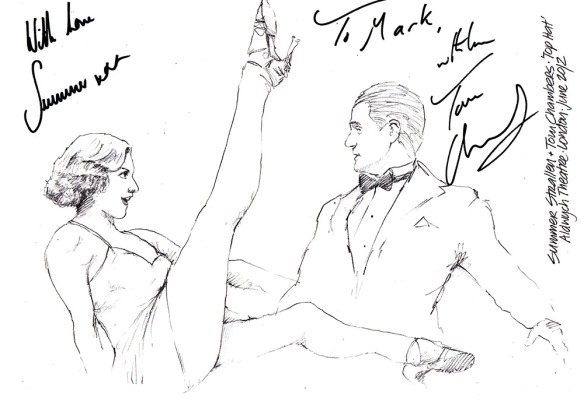 TOP HAT danced its way through 2012 at London’s Aldwych Theatre, winning 3 Olivier Awards, including Best New Musical. Based on one of the greatest dance musicals of all time, the 1935 classic with Fred Astaire and Ginger Rogers in Hollywood’s golden age of glamour and glorious tap-dancing! Wearing the tap-dancing shoes for this London revival were Tom Chambers and Summer Strallen, who both did a little sharpie shuffle at the stage door and signed my drawing for me.

Winter is starting to bite here in the UK so why not post a little bit of Summer with a quick sketch of one of  the immensely talented Strallen sisters. Summer was headlining with Tom Chambers in TOP HAT at London’s Aldwych Theatre in the summer of 2012 when I did this ‘lineal shorthand’ sketch of her, which some would say was a visual metaphor for our British summers – bright but quick! 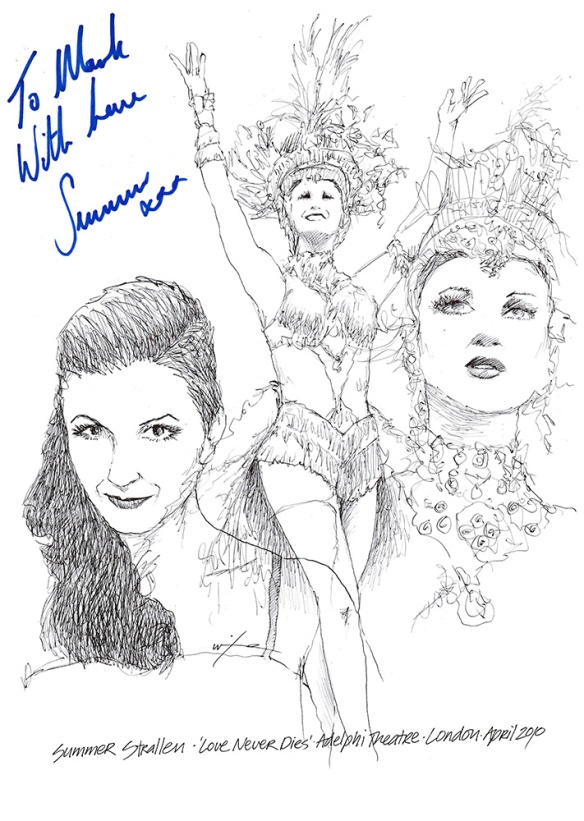 Summer Strallen is the second of the four hugely talented Strallen sisters. She has been nominated for four Olivier Awards. One was for her performance as Meg Giry in Andrew Lloyd Webber‘s Love Never Dies, the sequel to Phantom of the Opera at the Adelphi Theatre.

I did this black biro sketch during Summer’s season as Meg which ran through 2010 and early into 2011, which she signed at the stage door.