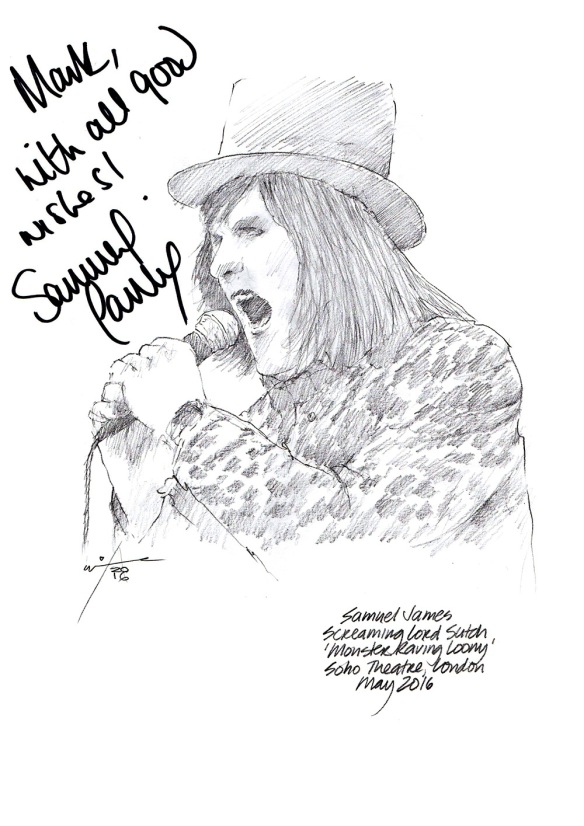 “Vote for insanity – you know it makes sense”.

This was the slogan for the Official Monster Raving Loony Party, lead by its flamboyant founder David ‘Screaming Lord’ Sutch. The former rocker-turned serial parliamentary candidate became a British political institution. For over three decades he stood in every parliamentary election, becoming the staple of election night entertainment and a reliable eccentric political presence. Sutch’s unique contribution includes holding the record for losing all 39 elections he entered. He came within 200 votes of getting his deposit back once, which was considered a minor victory.

James Graham’s new play MONSTER RAVING LOONY premiered at The Drum Theatre Royal Plymouth in February, transferring to London’s Soho Theatre this month. It is described as the moving journey through the life and political exploits of ‘Screaming Lord Sutch’, while examining the state of the nation and Britain’s post-war identity crisis.

While the public saw the good Lord’s  exuberant fun-loving ‘loony’ face with his famous manic grin, his private face was completely the opposite. Sutch suffered from depression and hung himself in 1999 at the age of 58. Many political figures paid their respects, including the Prime Minister, Tony Blair, who acknowledged that elections would never be quite the same without him.

I left this sketch at the Soho for the ‘Signing Lord Samuel’ to graph, which he duly did. He gets my vote! MONSTER RAVING LOONY runs until 18 June.