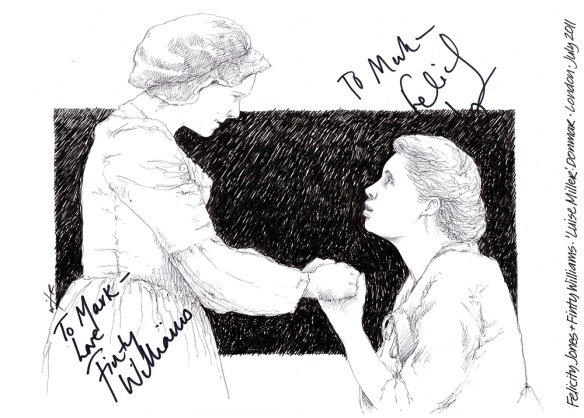 Kabale und Liebe, Love and Intrigue, Love and Politics or simply Luise Miller, are all titles for the same play written by the German dramatist Friedrich Schiller in 1784.

The Donmar Warehouse in London chose Luise Miller in June and July 2011, directed by Michael Grandage, working with translator Mike Poulton on a more contemporary version of this landmark bourgeois tragedy.

In the title role was East Londoner Felicity Jones, who turned down a major film role to do the play. She plays the wholesome daughter of a modest violinist in a tale of “precarious liaisons, shadowy desires, backroom skulduggery and the iniquities of class snobbery.” It’s Schiller’s answer to Romeo & Juliet with melodramatic tendencies.

Having just won the special jury prize at the Sundance Festival for Like Crazy, she was in great demand for more film roles. “I want to keep a balance,” she said, “West End won’t lose me to the movies.”

Her ‘mother’ was played by Finty Williams, described by one review as “a sweet natured blabbermouth”. I had drawn a sketch of the both of them with a fine black biro. Whilst waiting outside the Donmar on a balmy summer’s evening for the cast to emerge (which took a bit longer because I think the were doing a Q+A session with the audience) I drew a quick pencil sketch of Felicity with my 2B – which in the balminess became a softer 4B! This was based on a publicity photo pinned to the Donmar Wall. 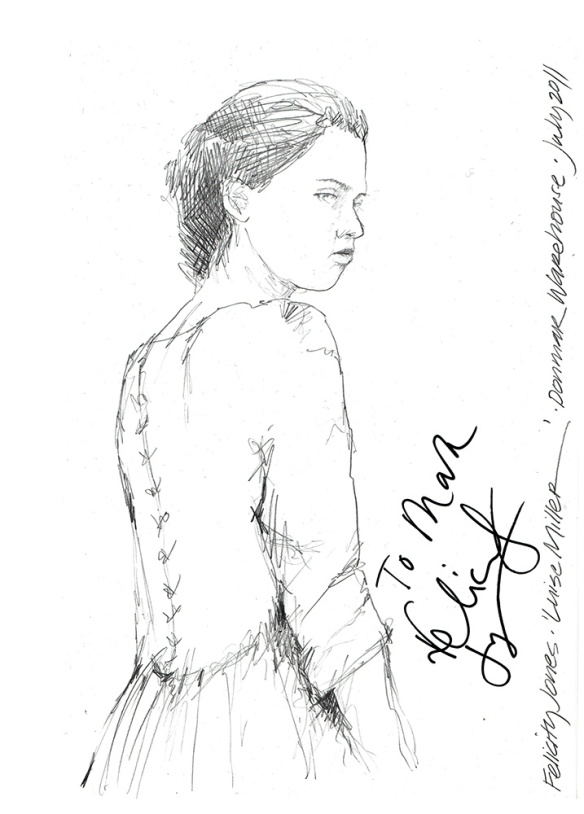