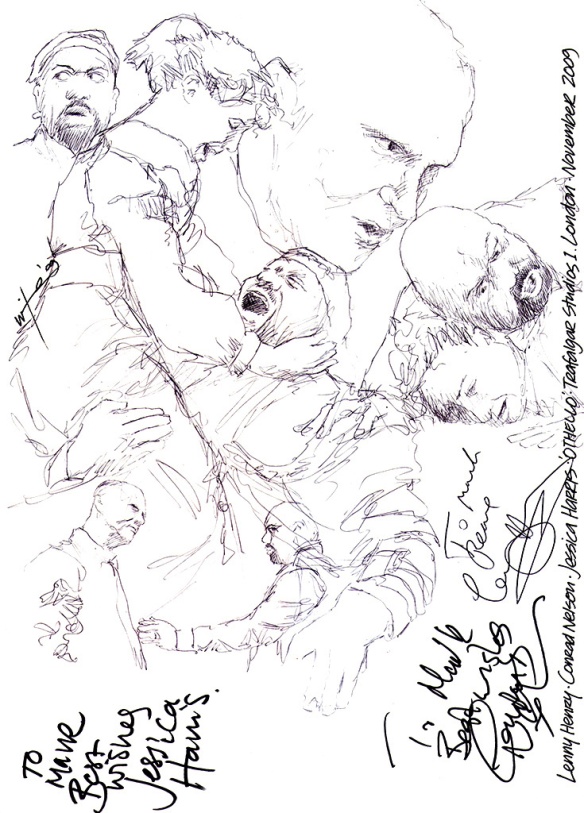 Comedian Lenny Henry made his Shakespearean debut as Othello – one of the most challenging roles in dramatic literature. After opening at the West Yorkshire Playhouse it transferred to the Trafalgar Studios in London in November 2009. Lenny received widespread critical acclaim in the title role with The Daily Telegraph saying ‘This is one of the most astonishing debuts in Shakespeare…” Conrad Nelson was equally impressive, as the vile and reptilian antagonist, Iago and Jessica Harris played the Moor’s wife Desdemona.

All three signed my sketch after I saw a matinee performance in December 2009.

My other Lenny Henry sketch is here.