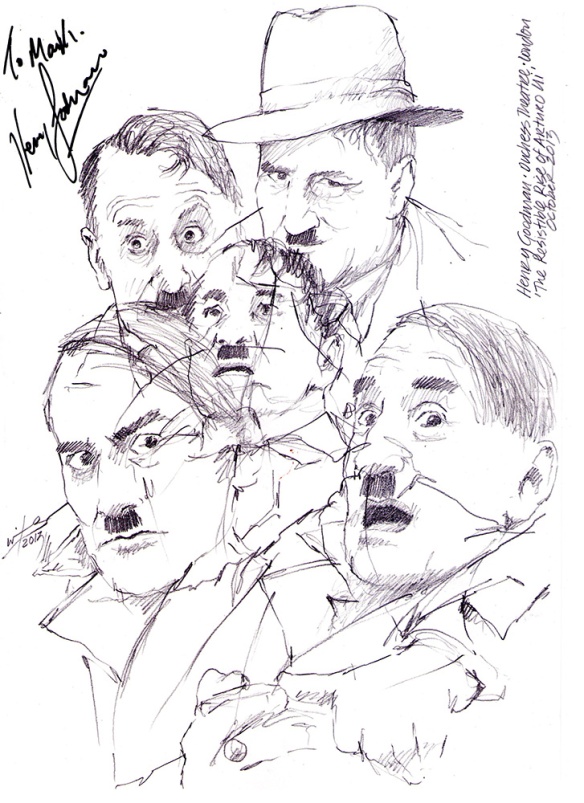 It was one of the undoubted hits of the 2012 Chichester Festival, The Resistible Rise of Arturo Ui with Henry Goodman in the title role transferred to London’s Duchess Theatre in September. It is a sharp and thrilling parable of the rise of Hitler, set in Chicago during the Great Depression of the 1930s – a perfect time for a small-fry crime boss and his mob of gangsters to make it big. “You simply can’t take your eyes off Goodman… He is horribly, hypnotically watchable,” said Charles Spencer for The Daily Telegraph.

“Henry Goodman is astonishing.. a virtuoso, vocally and physically.” – The Daily Telegraph
“Goodman dazzles,” from The Evening Standard. Time Out simply claims it’s “the best stage performance… this year.”

Henry has won two Olivier Awards, the first in 1993 for Best Actor in a musical in Assassins and for his role as Shylock in the National Theatre’s production of The Merchant of Venice, directed by Trevor Nunn in 2000.

Haven’t watched the new TV series, but caught Henry Goodman and David Haig at the Gielgud Theatre in London’s Westend in 2010.