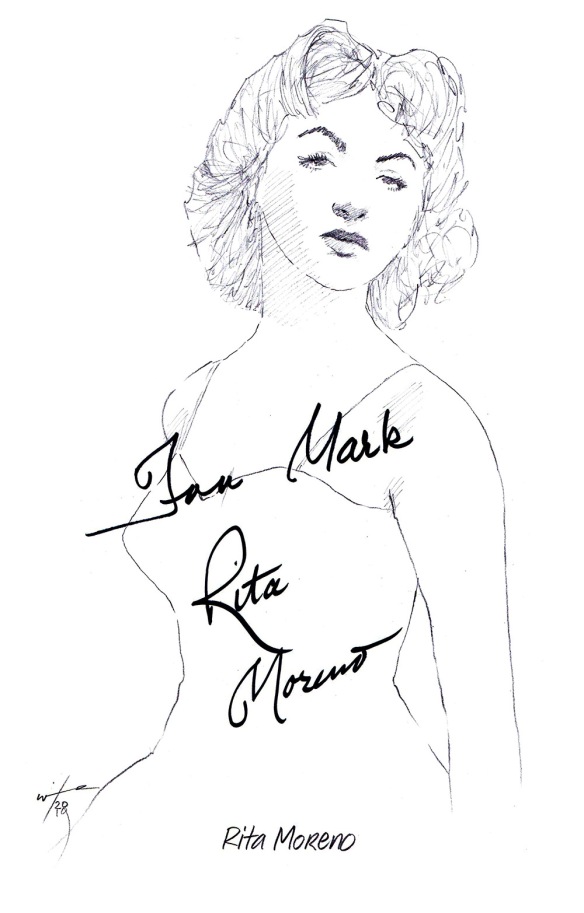 Rita Moreno was born Rosa Dolores Alverio Marcano 87 years ago in Humacao, Puerto Rico. In a career that has spanned seventy years, she is one of only fifteen artists to complete the EGOT; winning all four of America’s competitive entertainment awards, the Emmy, Grammy, Oscar and Tony, honouring achievements in television, recording, film and theatre, often referred to as the ‘grand slam’ of American show business. She is also the recipient of the Presidential Medal of Freedom, America’s highest civilian honour.

Rita has won two Emmy Awards, the first in 1977 for her appearance on an episode of THE MUPPET SHOW, and her second, the following year for her guest role on THE ROCKFORD FILES. Her Grammy was for THE ELECTRIC COMPANY Album in 1972. She won the Academy Award for Best Supporting Actress for her portrayal of Anita in the film adaption of Leonard Bernstein’s and Stephen Sondheim’s groundbreaking Broadway musical WEST SIDE STORY and a Tony for Best Featured Actress as Googie Gomez in THE RITZ at the Longacre Theatre in 1975.

I sent this sketch of Rita to her home in California a few weeks ago, and it came back signed and dedicated.