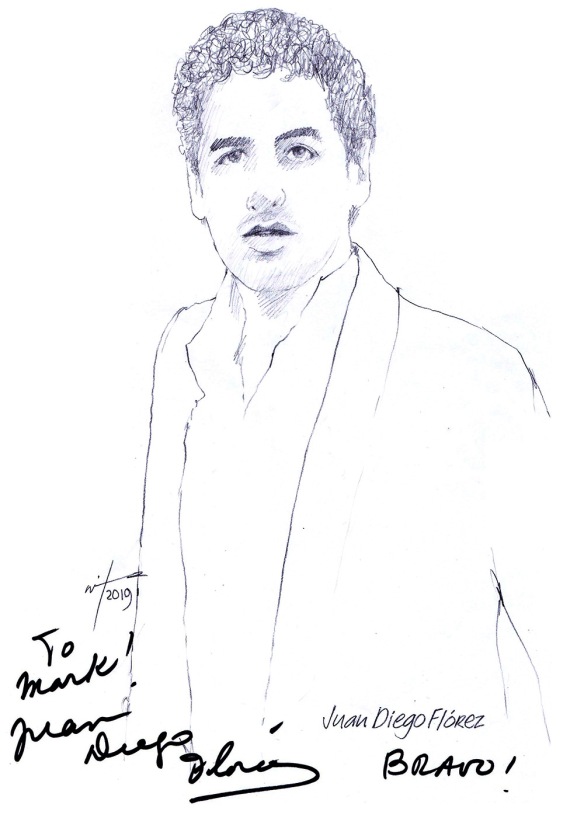 Peruvian opera superstar Juan Diego Florez is considered by those who consider such things as the best tenor on the planet and certainly the most sort after at the world’s finest venues since making his international breakthrough in 1996 at the age of 23 at the Rossini Festival in the Italian city of Pesaro (Rossini’s birthplace) as the leading tenor in MATILDE DI SHABRAN. He made his Covent Garden debut a year later as Count Potoski in the Royal Opera’s world premiere concert of Donizetti’s ELISABETTA.

Standing ovations are the norm when he performs. The Telegraph’s opera reviewer Rupert Christiansen calls him the “Roger Federer of Opera… an exceptional virtuoso with an immaculate technique, who has enjoyed an exemplary career, free of scandal or disaster and marked by sound decisions, vocal consistency and a serious commitment to a charitable foundation back home.”

Coincidentally he said Roger, a fellow Rolex Ambassador, inspired him along with Pavarotti and incidentally he also likes to play a bit of tennis. Juan Diego has just finished his latest Covent Garden engagement, performing the title role of the Royal Opera’s third revival of Massenet’s WERTHER, described by The Guardian’s Tim Ashley as “hugely moving as the obsessive romantic.” He kindly signed and dedicated my sketch at the Royal Opera House.