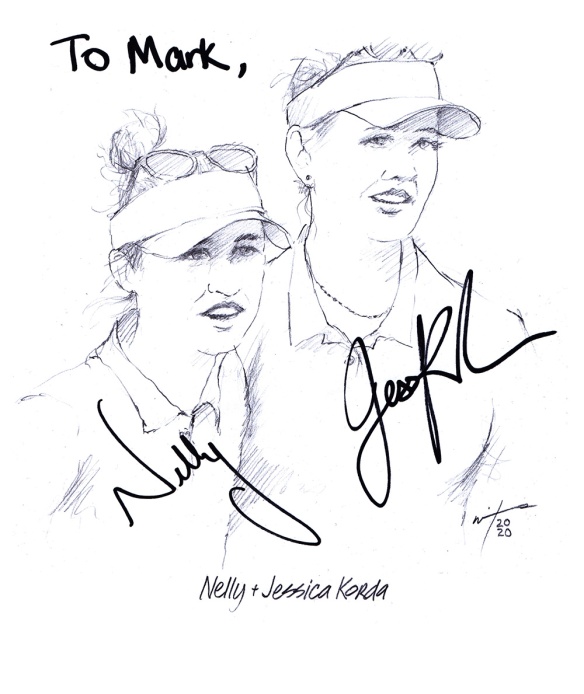 American golfing sisters Jessica and Nelly Korda returned to the UK last month to participate in the Women’s British Open at Royal Troon in Scotland. Due to Covid-19 it was played without a crowd in attendance and Jessica had to withdraw at the last minute because of a non-coronavirus health issue. Both returned to the US and joined the field in the second major of the year, the ANA Inspirational on the Dinah Shore Tournament Course at the Mission Hills Country Club in Rancho Mirage, California, where Nelly narrowly missed winning her maiden major, finishing second equal after a three-way play-off with the eventual winner, Miriam Lee from South Korea and Canada’s Brooke Henderson. It did however move Nelly up to No 2 in the world rankings.

The daughters of Czech tennis Grand Slam winner Petr Korda, Jessica (27) turned professional in 2011 with Nelly (22) joining her on the LPGA tour six years later. Jessica, who has finished in the top ten in all five majors, has won five LGPA tournaments and Nelly has collected three titles. Both were members of the 2019 US Solheim Cup team.

I sent this sketch to Jessica and Nelly at Royal Troon and was delighted to receive it, signed by both. During the pandemic very few items have been coming back so I was very surprised and especially pleased when the mailman delivered this last week.