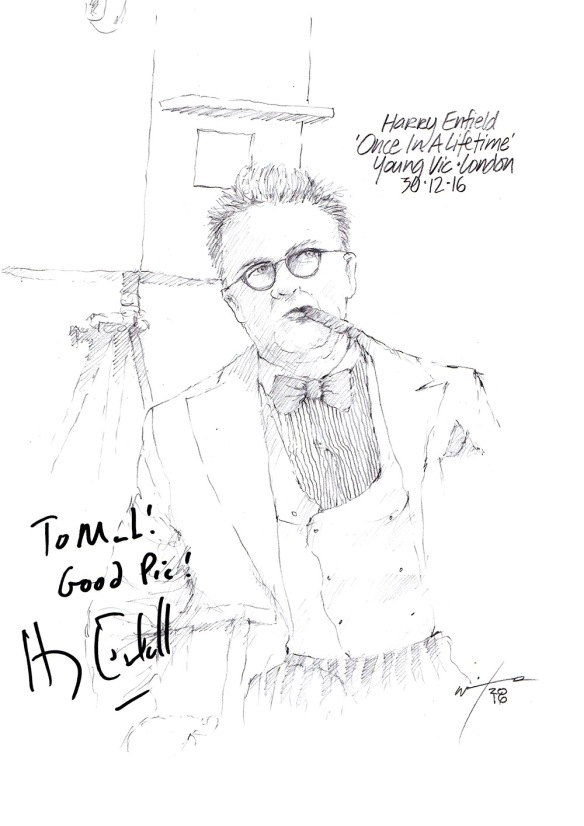 At 55, BAFTA-Award winning British comedian, actor, writer and director Harry Enfield made his stage debut in the London revival of Moss Hart and George S Kaufman’s classic 1930’s Broadway comedy ONCE IN A LIFETIME, which finishes its festive season at the Young Vic Theatre next weekend. Harry plays film studio mogul Herman Glogauer at the dawn of the talkies when Hollywood was transformed with the introduction of synchronised sound and the end of the silent era.

By all accounts his performance drew positive reviews in the mainstream press. The Guardian’s Michael Billington headlined his review with “Harry Enfield is a legit hit in Hollywood satire,” going on to say he “makes an assured theatre debut.”

The affable Harry is always friendly with his fans and took time to stop for photos and sign some graphs, including my sketch before Saturday’s matinee.