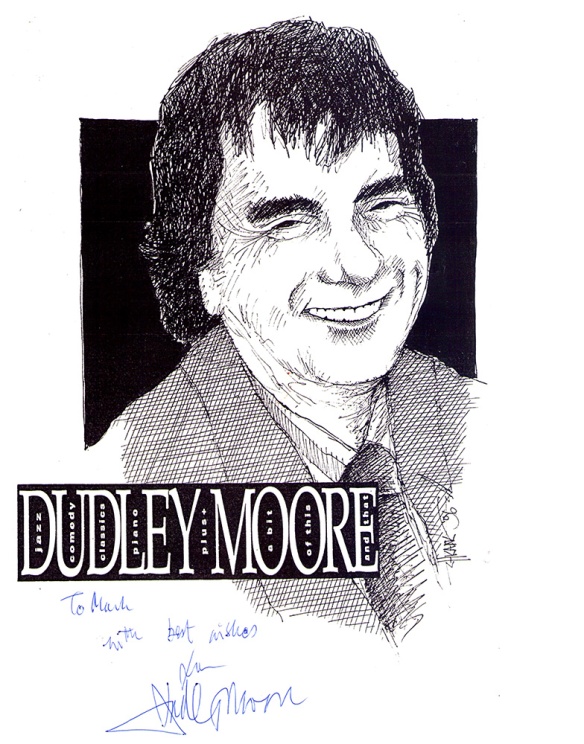 Dudley Moore was one of Britain’s best loved comedians, actors and musicians.

He became a household name in the 1960s for his partnership with the late Peter Cook, creating the classic comic characters Dud and Pete, becoming comic icons on both sides of the Atlantic. He was also an accomplished jazz pianist winning a scholarship to Oxford’s Magdalen College. He was nicknamed ‘The Sex Thimble” because of his 5’2″ stature.

Dud went on to a successful Hollywood career, starring in a number of hit screen comedies, including the Blake Edward’s film 10 (1979) with Bo Derek and Arthur (1981) with Liza Minnelli and Sir John Gielgud. In the latter he played Arthur Bach, a drunken New York millionaire collecting an Oscar nomination and winning the Golden Globe Award.

In the 1990’s he suffered from a rare, incurable brain condition, Progressive Supranuclear Palsy. Music became his main comfort… “But it’s difficult to know that all the keys are there to be played and I can’t play them. People started saying I was drunk on stage… it was dreadful,” he said. He played 2 concerts at the Aotea Centre in Auckland, New Zealand in November 1996 before he went public with his condition. He kindly signed my sketch at the venue. He sadly passed away in March 2002, aged 66.