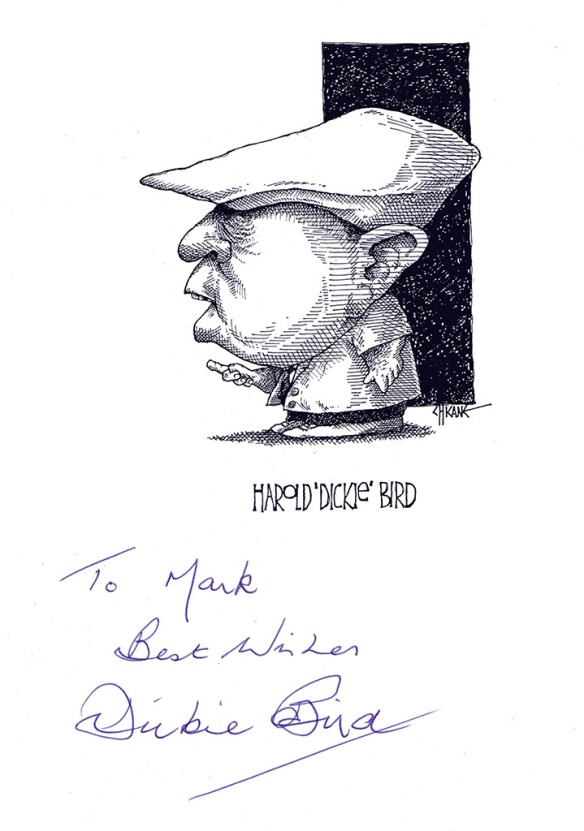 Cricket’s most famous umpire Harold Dennis “Dickie” Bird has officiated in 54 test matches, the most in a single nation (England). Between 1973 – 1996, the Yorkshireman umpired 66 tests and 69 ODIs.

Dickie signed my caricature at the Basin Reserve in Wellington, New Zealand during the test against Pakistan in February 1994 which he umpired with Brian Aldridge.