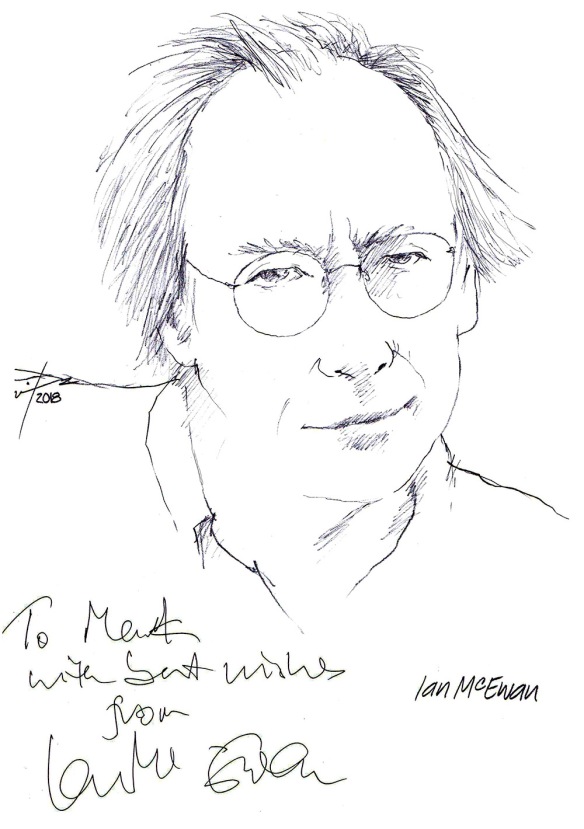 “I like stories and I am always looking for the one which I imagine to be irresistible,” wrote British novelist and screenwriter Ian McEwan, considered one of the most powerful people in UK culture and listed by The Times in the 50 greatest British writers since 1945.

Winner of numerous accolades, including six nominations for the Man Booker Prize, Ian won the prestigious award in 1998 for his novel AMSTERDAM. The acclaimed screen adaption of his romantic war drama ATONEMENT collected Oscars, BAFTAs and a Golden Globe.

I had hoped to catch Ian in person at the premiere of his latest film adaption THE CHILDREN’S ACT at the Curzon Mayfair, but missed him, so sent this sketch to his agent and it came back signed and dedicated.