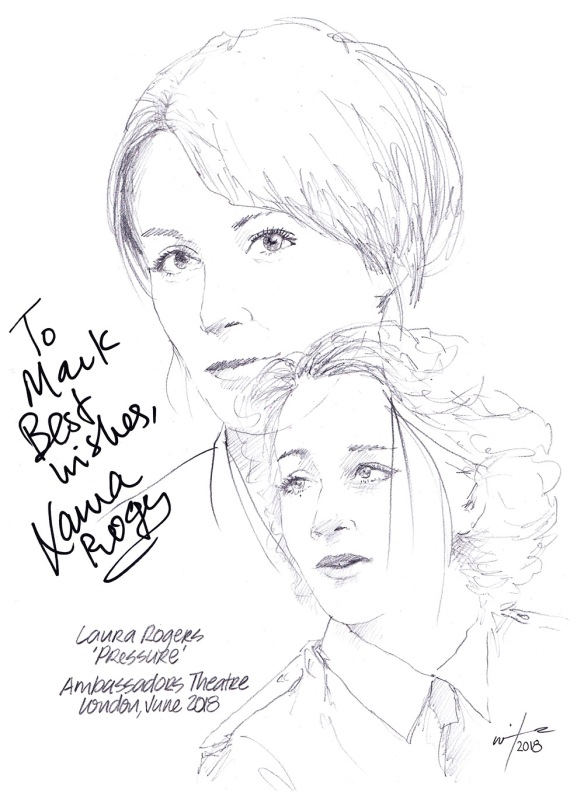 Welsh-born actress Laura Rogers returned to the West End in June in David Haig’s wartime play PRESSURE, which concludes its run at the Ambassadors Theatre this Saturday.

Born in Swansea, Laura left at the age of eighteen to attend RADA in London and has been based in the capital since. She was last seen in THE 39 STEPS at the Criterion Theatre in 2011, having appeared in four productions at Shakespeare’s Globe, including the role of Lady Macbeth. Laura is also well-known to television and film viewers, having featured in such high profile shows as DOCTOR WHO and HOLBY CITY and her role as Sheena Williams in the ITV drama BAD GIRLS.

PRESSURE is based on the true story of Royal Air Force meteorologist James Stagg, and Operation Overlord, particularly the weather-forecasting for the D-Day landings during the Second World War, advising the Supreme Commander of the Allied Forces, General Dwight D. Eisenhower.

Laura plays Kay Summersby, Ike’s driver and later secretary and confidante. It’s a role she originated for the 2014 World Premiere at the Royal Lyceum Theatre in Edinburgh and has been with the production ever since, which has included at transfer to the Chichester Festival Theatre, a National tour, London’s Park Theatre and the current West End residency at the Ambassadors.

She signed this drawing for me after a Saturday evening performance a few weeks ago.