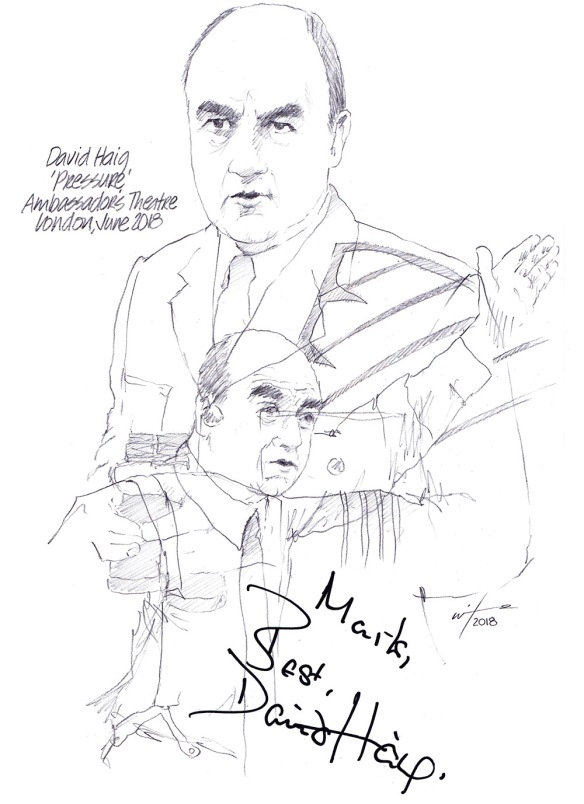 It’s been called the most important weather forecast of all time. In June 1944, over 150,000 Allied troops would land on five sites in France, in what would prove to be one of the most decisive actions of WWll. After months of meticulous planning, ‘Operation Overlord’ was set to go, but there was one crucial aspect which the military commanders couldn’t control: the weather.

It’s the focus of the wartime drama PRESSURE, written by Olivier Award winner David Haig. The play is set over a 72-hour period leading up to the launch of the operation. Chief meteorologist, Group Captain James Stagg, played by David is the weather adviser to the overall commander General Dwight Eisenhower. Despite a heatwave, Stagg calculates the weather will turn nasty at the time the invasion is scheduled, risking the lives of thousands. This is contrary to the prediction of American celebrity weatherman, Colonel Irving Krick. Stagg has to convince Eisenhower that he is right, delaying the operation by a week, waiting for the weather to improve.

After premiering at Edinburgh’s Lyceum Theatre in May 2014 to critical acclaim and transferring to the Chichester Festival Theatre at the end of the same month, the original production has now been revived at the West End’s Ambassador Theatre, coinciding with the 74th anniversary of the D-Day landings.