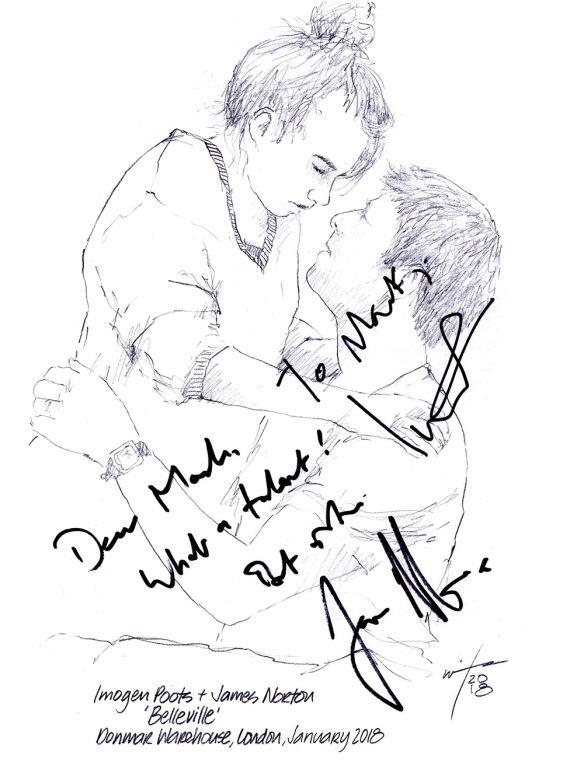 “James Norton and Imogen Poots are brilliant,” wrote Andrzej Lukowski, the theatre editor for Time Out in his review of Amy Herzog’s 2011 play BELLEVILLE, which has just completed its run at London’s Donmar Warehouse. James and Imogen play uprooted American newlyweds Zack and Abby living in Belleville, the Bohemian district of Paris in a romantic dream gone sour. The Independent’s PaulTaylor agreed, “The acting’s terrific.”

I managed to catch up with James and Imogen at the Warehouse, where they signed my sketch.