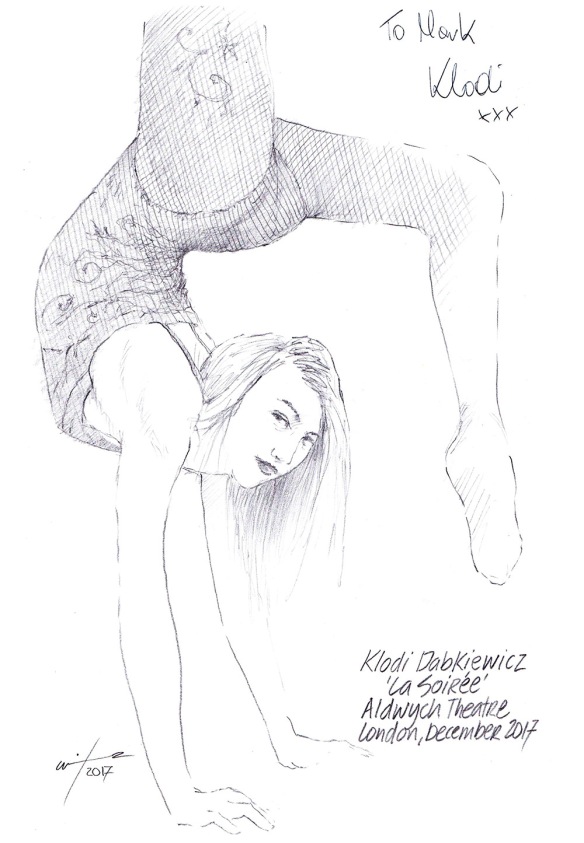 Fifteen years after its Edinburgh Fringe beginning as LA CLIQUE, the Olivier Award-winning Australian-born variety show LA SOIRÉE has reached the West End. The traditional Aldwych Theatre has been transformed into an intimate cabaret club, described as a ‘head-spinning cocktail of sauce, silliness and spectacle – the thrill of the risqué upping that of the risky.’

One of the acts is Polish-born acrobat and circus artist Klodi Dabkiewicz. A former champion rhythmic gymnast who has performed around the globe, including Franco Dragone’s famous ‘House of Dancing Water’ in Macau, China. She is part of Syndicate Circus and a regular on the UK Cabaret circuit. Along with Leon Fagbemi they perform a steamy and seductive hand-to-hand, with ‘mind-bending flexibility.’ Klodi signed this sketch for me last week at the theatre.