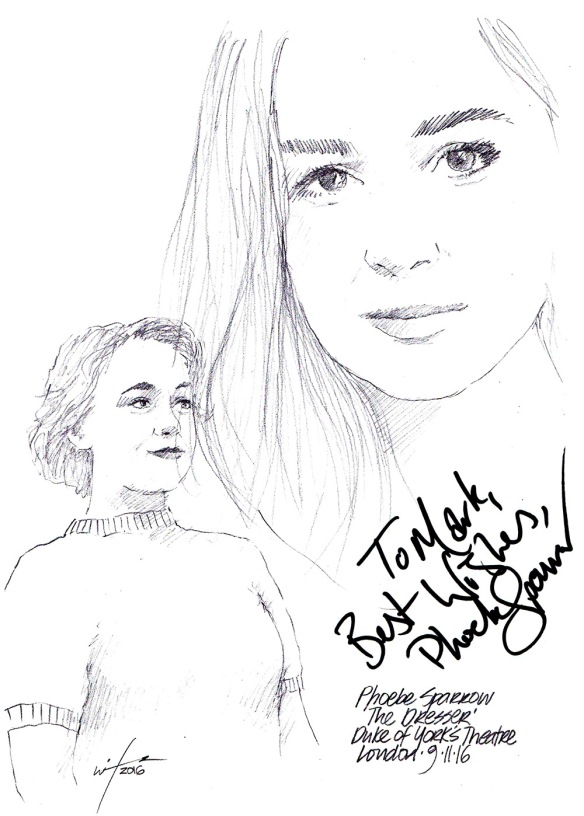 British actress Phoebe Sparrow returns to the London stage in Sean Foley’s revival of Ron Harwood’s THE DRESSER after making her debut in FATHER AND SONS at the Donmar Warehouse in June 2014. Phoebe plays the ambitious young actress Irene whose infatuation with ‘Sir’ and his growing reciprocation of her attention undermines Norman’s efforts to keep the company in order. As The Stage critic Mark Shenton  puts it, “she put’s her legs up, to get a leg up.” Fans of the hit TV drama series DOWNTON ABBEY will be familiar with Phoebe’s recurring role as Amelia Cruickshank, Larry Grey’s fiancé.

I caught up with Phoebe after seeing the production at the Duke of York’s Theatre earlier in the month, where she signed this sketch for me.