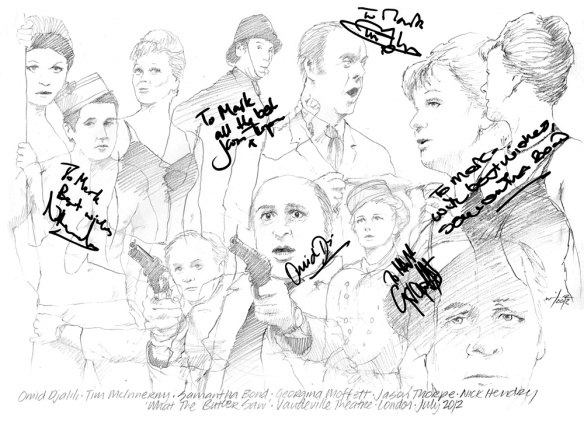 Joe Orton’s farce What the Butler Saw premiered at the Queen’s Theatre in London on 5 March 1969 – his last play before he was bludgeoned to death by his partner Kenneth Halliwell in August 1967 at the age of 34. In a short, but prolific, career he became known for scandalous black comedies often referred to as “Ortonesque” characterised by dark yet farcical cynicism.

In 2012 a revival was staged at the Vaudeville Theatre, featuring Omid Djalili, Tim McInnerny, Samantha Bond, Georgina Moffett, Jason Thorpe and Mick Hendry who all signed my sketch in July.