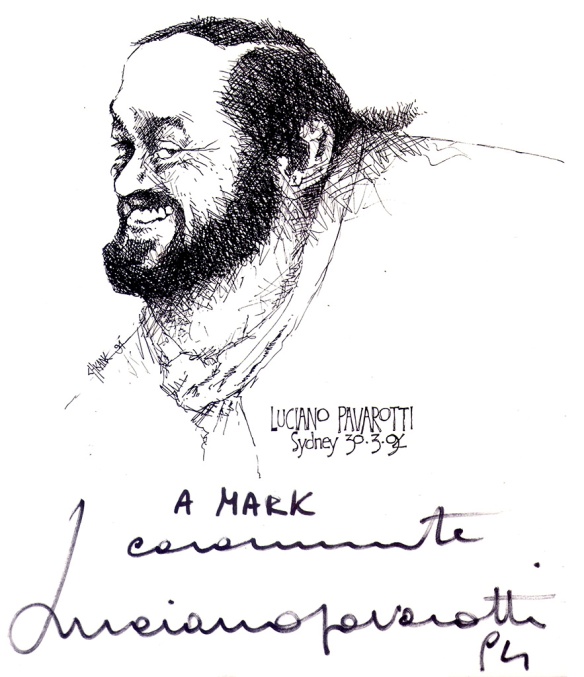 Luciano Pavarotti was one of the finest tenors of the 20th Century known for the brilliance and beauty of his tone, especially into the upper register.

He achieved worldwide fame as one of The Three Tenors and his rendition of Puccini’s aria Nessun Dorma from Turandot, which became the theme song for the BBC TV’s coverage of the 1990 FIFA World Cup in Italy. It achieved pop status and remained his trademark piece. At the end of the Cup Final in Rome, he was joined by the other two tenors, Placido Domingo and Jose Carreras for a concert, which was recorded and became the biggest selling classical album of all time.

He was also known for his humanitarian causes, especially his Pavarotti and Friends charity concerts in his home town of Modena, for several UN projects, with the likes of Eric Clapton, Celine Dion, Elton John, Queen, Sting and George Michael participating.

He signed my caricature after his Sydney concert in March 1994. Sadly, he passed away from pancreatic cancer after an international farewell tour in 2007.