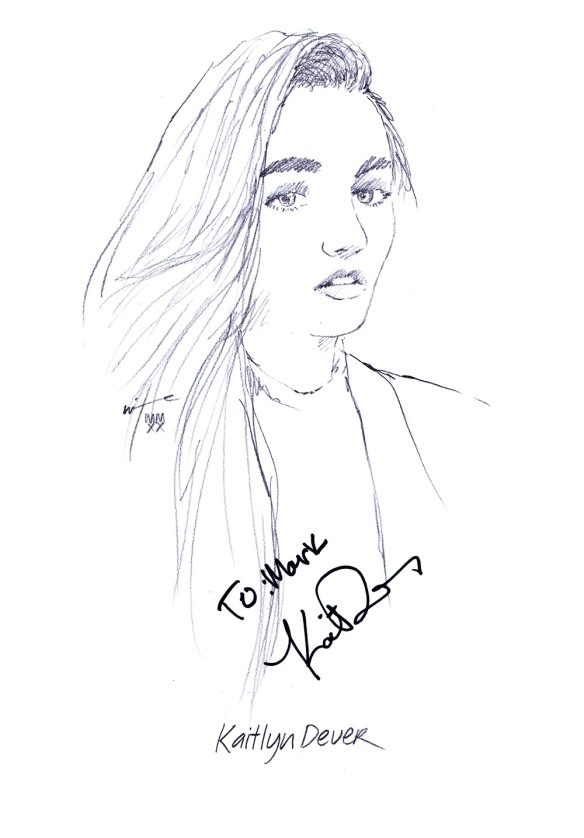 At 23 years of age, American actress Kaitlyn Dever’s career has already past a decade, with 15 films and ten TV shows on her impressive CV, resulting in eight Award nominations, including a Golden Globe and the BAFTA Rising Star Award. Starting in 2009 with her first notable role as Gwen Thompson, a homeless girl in AN AMERICAN GIRL: CHRISSA STANDS STRONG. Two years later she appeared in the Clint Eastwood-directed J.EDGAR.

Three films in the past two years has cemented her reputation as one to watch, playing Lauren in the biographical drama BEAUTIFUL BOY with Timothee Chalamet in 2018, followed by Dilly Picket in the thriller THEM THAT FOLLOW opposite Oscar-winner Olivia Coleman and Amy Antsler in the coming-of-age comedy BOOKSMART last year. Kaitlyn’s small screen successes include her recurring role as no-nonsense teen Loretta McCready in JUSTIFIED between 2011-2015 and as Tim Allen’s daughter Eve Baxter in LAST MAN STANDING since 2011. Last year she was nominated for a Golden Globe for her portrayal of sexual assault victim Marie Adler in the Netflix miniseries UNBELIEVABLE.

Kaitlyn signed my sketch at a British Academy event involving the nominees for the Rising Star Award at London’s Savoy Hotel, the day before this year’s BAFTA ceremony in early February.