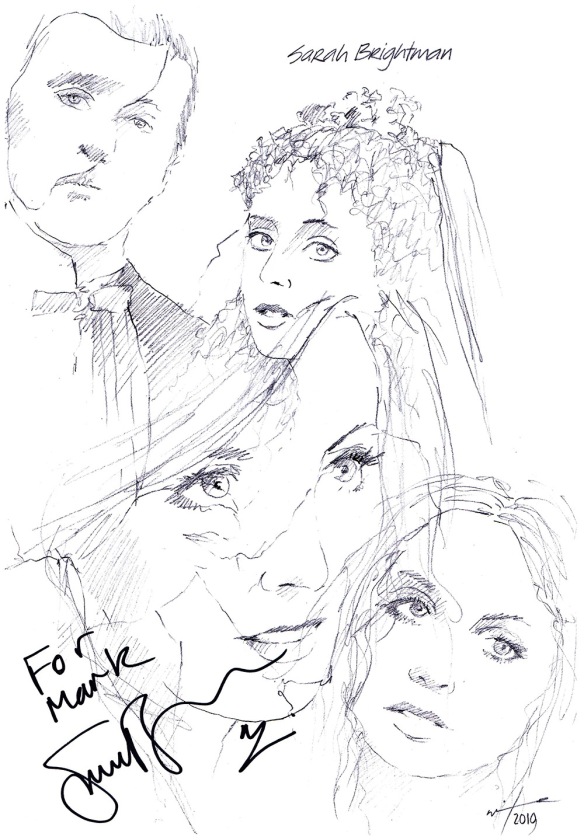 The world’s best-selling soprano Sarah Brightman returned to London’s Royal Albert Hall last November, where she last headlined 20 years ago, for one night only as part of her HYMN: SARAH BRIGHTMAN IN CONCERT World Tour. After appearing in a number of productions following her West End musical theatre debut as Jemima in the inaugural London cast of Andrew Lloyd Webber’s CATS in 1981, she originated the role of Christine Daae in his musical adaptation of Gaston Leroux French Novel THE PHANTOM OF THE OPERA, the tale of a beautiful songstress who becomes the obsession of a mysterious, disfigured musical genius (played by Michael Crawford), living in a subterranean labyrinth beneath the Paris Opera House.

It opened at Her Majesty’s Theatre in October 1986, where it is still running, becoming the second longest London musical behind LES MISERABLES, winning the Olivier for Best Musical. Both Sarah and Michael reprised their roles on Broadway, opening in January 1988 at the Majestic Theatre, where it is also still running, becoming the longest running musical on Broadway and winning the Tony Award. After Sarah retired from the stage she has become largely responsible for the popularity of the ‘classical crossover’ genre, selling over 35 million albums and two million DVD’s worldwide, becoming the world’s best-selling soprano. Her fifth album, ‘Timeless/ Time to Say Goodbye’ with the London Symphony Orchestra became her best seller in 1997, going gold, platinum or multi-platinum in 21 countries.

Her duet with Andrea Bocelli performing ‘Time to Say Goodbye’ became one of the highest selling singles of all time. She has won over 200 gold and platinum records in 38 countries.

Sarah kindly signed and returned my drawing, which I left at the Royal Albert Hall prior to her 11 November concert.