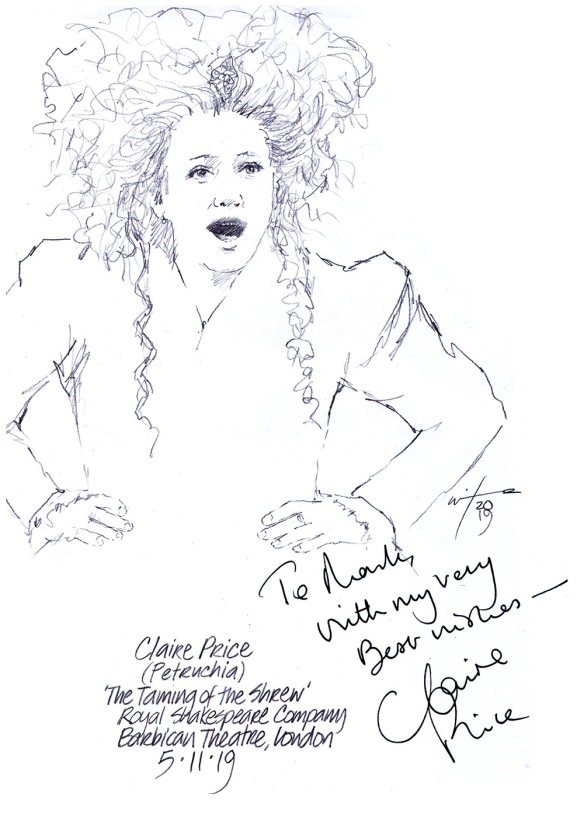 As per tradition and our annual November wedding anniversary ritual, my wife and attended a Shakespearean stage offering. This year the Royal Shakespeare Company have taken up residency at London’s Barbican Theatre over the festive season, with three plays: AS YOU LIKE IT, MEASURE FOR MEASURE and THE TAMING OF THE SHREW, being performed in repertory. We chose the latter (because it was on the actual day of our anniversary).

Justin Audibert’s gender-flipped “landmark production” (Evening Standard) is a radical take on the Bards fierce and energetic comedy of gender, where 1590 Padua is reimagined as a matriarchal society with women in charge. Wealthy Bautista Minola is seeking to marry off her two sons, the sweet-tempered Bianco and the rebellious Katherine. Enter Claire Price as Petruchio. She’s after money and taming the headstrong Katherine (Joseph Arkley) is her spousal target. Yes, a women called Petruchio mistreating a man called Katherine. “Price is hugely watchable with a pleasingly dotty Queenie-from-Blackadder sort of vibe,” wrote Andrzej Lukowski in his TimeOut review.

Claire kindly signed this Petruchio sketch, which I left at the Barbican stage door.