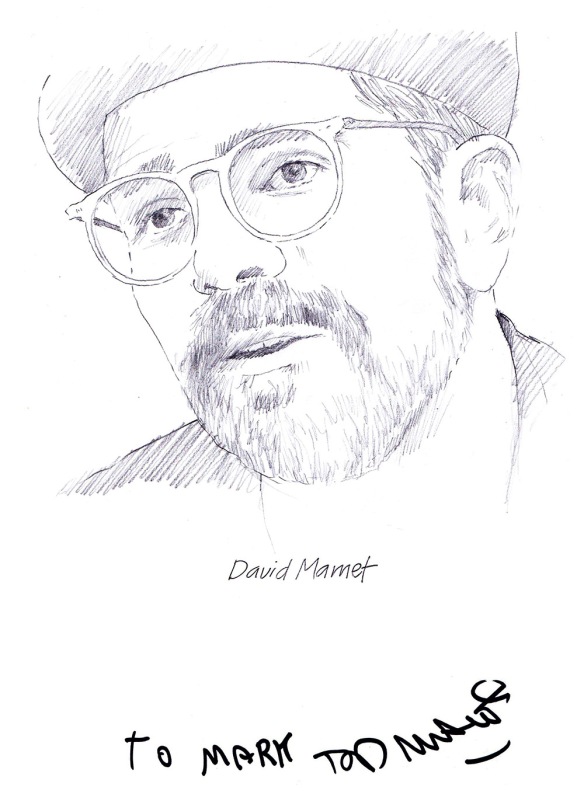 Prominent American playwright David Mamet was in London earlier this year to direct his contentious dark comedy BITTER WHEAT at the Garrick Theatre. Based on the Harvey Weinstein scandal, which sparked the MeToo movement, it run from June to September, featuring John Malkovich’s return to the West End after thirty years, as Hollywood studio boss Barney Fein and his fall from power. David attracts frequent debate and controversy, and was once quoted, “Being a writer in Hollywood is like going to Hitler’s Eagle Nest with a great idea for a bar mitzvah.” Often described as the prime chronicler of the macho males and power struggles, his distinctive writing style, involving cynical, street-wise dialogue has become known as ‘Mamet speak.’ David’s 1983 play about four disparate real estate agents, GLENGARRY GLEN ROSS, which premiered at the National Theatre in London, won the Pulitzer Prize and the subsequent Broadway production was nominated for four Tony Awards, including Best Play. Four years later SPEED-THE-PLOW also won a nomination for Best Play.

David has written a number of major screenplays, including my favourite, THE VERDICT and WAG THE DOG, both Oscar and Golden Globe nominated. He also wrote the script for the 1992 film version of GLENGARRY GLENN ROSS.

David signed my portrait sketch as he arrived for the BITTER WHEAT press night at the GarrickTheatre.