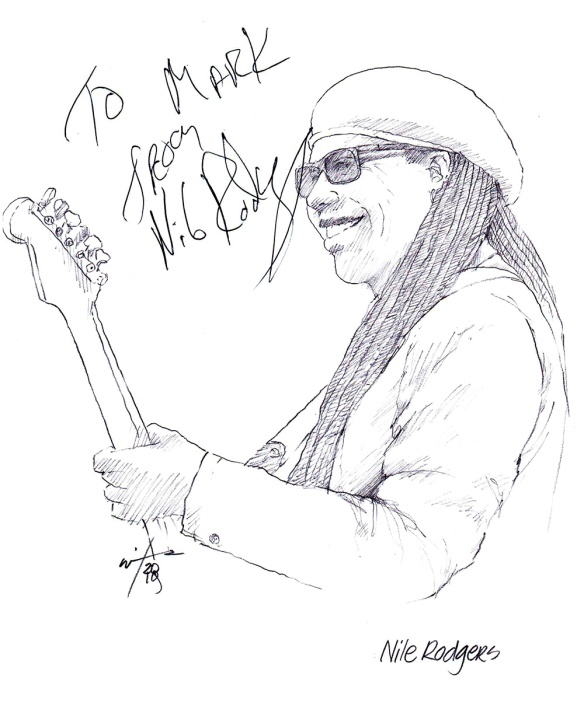 The legendary composer, producer, arranger and guitarist Nile Rodgers was the curator of this years MELTDOWN Festival at London’s Southbank Centre. It’s been 40 plus years since he and his prized ’59 Fender Stratocaster, aka ‘the Hitmaker’, first started filling dance floors across the world. The multi-Grammy winning NewYorker co-founded CHIC, the slick disco pioneers with the late Bernard Andrews in 1976. They launched a string of hit songs, including ‘I Want Your Love’, ‘Le Freak’ ( the largest selling single in the history of Atlantic Records) and ‘Good Times’, which sparked the advent of Hip-Hop.

Niles work the CHIC Organisation and the production for artists such as David Bowie, Diana Ross and Madonna have sold over 500 million albums and 75 million singles worldwide. His innovative, trendsetting collaborations with the likes of Daft Punk, Disclosure and Sam Smith reflect the vanguard of contemporary music. In its press release announcing Nile as the MELTDOWN curator, the Southbank Centre said, “He is constantly traversing new musical terrain and successfully expanding the boundaries of popular music.”

Last year he released a new album with CHIC, the Top Ten ranked ‘It’s About Time’ featuring Elton John, Emeli Sande and Lady Gaga amongst others.

Nile signed my sketch for me at the Royal Festival Hall after he and CHIC kick-started the nine-day MELTDOWN festival in early August.