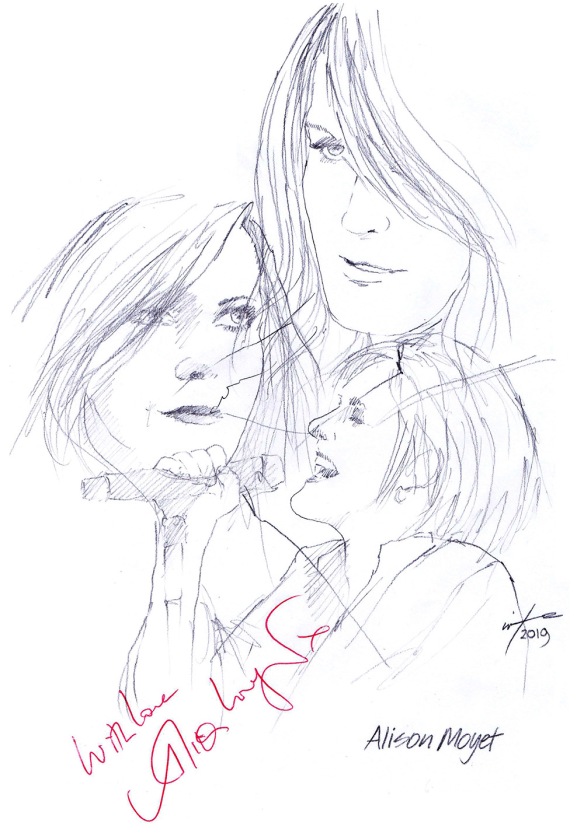 One of my favourite singers with her distinctive ‘bluesy contralto’ ( yes, I did research this) voice is Alison Moyet and her debut solo album ‘Alf’, which I had on a cassette tape in 1984, that wore out through excessive play in my native New Zealand, where it not only went to No 1, but reached platinum eight times over, with memorable singles such as ‘Love Resurrection’, ‘All Cried Out’, and ‘Invisible’. It also climbed to the top spot in a number of countries, including the UK, where it reached quadruple platinum and won Alison her first of three Brit Awards. ‘Alf’ was Alison’s punk-era nickname.

She also released a single, ‘That Ole Devil Called Love Again,’ not featured in ‘Alf’, which went to No 2 and remains her highest charting UK single. Alison’s nine studio albums and three collaborations have all charted in the UK Top 30 and have sold over 23 million copies worldwide with over 2 million singles sold.

Alison has also appeared on the London stage. She made her West End debut as Matron ‘Mama’ Morton in CHICAGO in 2001 and again in SMALLER opposite Dawn French at the Lyric Theatre.

She kindly signed my montage sketch at London’s Royal Festival Hall last week where she was performing for the Michel Legrand tribute.