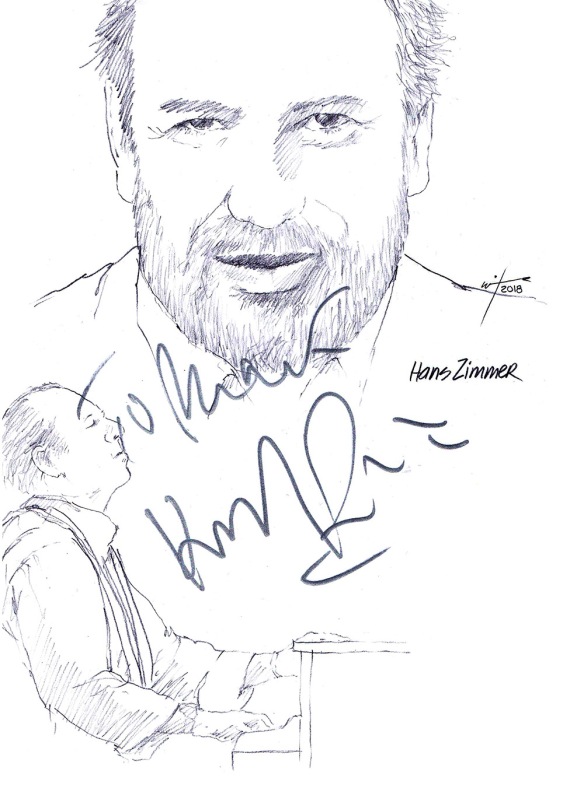 Hans Zimmer was listed as one of the Top 100 Living Geniuses by the Telegraph in 2007. Since 1980 the 61-year-old German composer has created the scores for over 150 films, including RAIN MAN, GLADIATOR, INCEPTION, the PIRATES OF THE CARIBBEAN series and THE DARK KNIGHT trilogy, earning 11 Academy Award nominations and winning for Original Score for THE LION KING in 1995. He has also collected four Grammys, three Classical Brit Awards and two Golden Globes. He has been nominated for another Grammy at this Sunday’s ceremony for his BLADE RUNNER 2049 score.

“My father died when I was just a child and I escaped somehow into my music and music has been my best friend,” he said in an interview with the German radio station ZDF in 2006. His work is notable for integrating electronic music sounds with traditional orchestral arrangements. Hans is head of film music at the Dreamworks Studios and collaborates extensively with other composers through his own company and studio based in Santa Monica, California. In November 2017 a mainbelt asteroid discovered by Polish astronomers Michal Kusiak and Michal Zolnowski was named ‘Hanszimmer’.

Hans signed for me at the BFI London Film Festival’s Gala Screening of WIDOWS at the Cineworld’s Empire Cinema in Leicester Square last October.