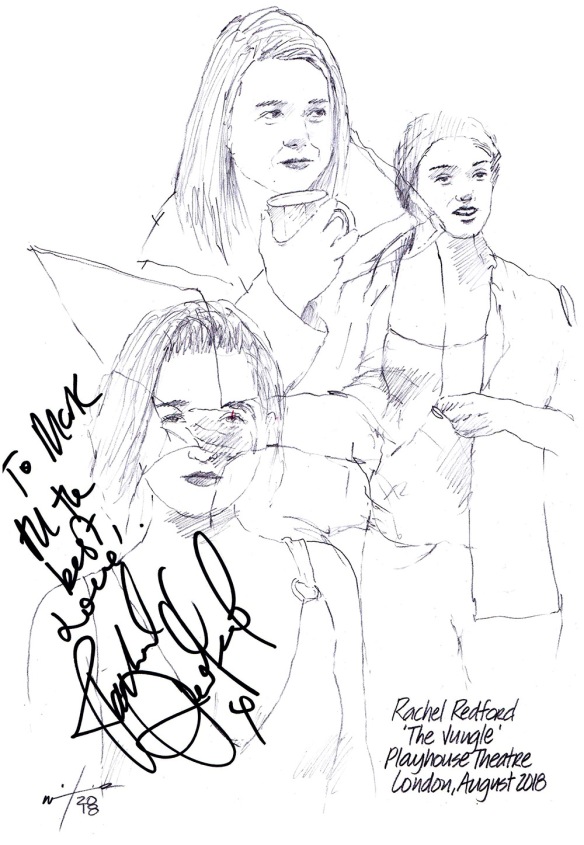 One of the rising stars of British theatre is Welsh-born RADA graduate Rachel Redford, who is currently one of the 18 characters, a blend of refugees and British volunteers in Joe Murphy and Joe Robertson’s THE JUNGLE at London’s Playhouse theatre. She was part of the original Young Vic cast that transferred to the West End back in June in the wake of five- star reviews.

THE JUNGLE, defined as a ‘vital drama’ by The Guardian, focuses on the hopeful, resilient residents of the Calais refugee camp in 2015. Rachel plays Beth, a young teacher, described as a ‘passionate bundle of outrage.’

In her Evening Standard review Fiona Mountford summed up the British volunteers involvement, as a “true Empire hangover… they want to improve order on this sea of human desperation but are hopelessly out of their depth.”

Rachel signed my sketch for me after a Saturday matinee performance a few weeks ago.