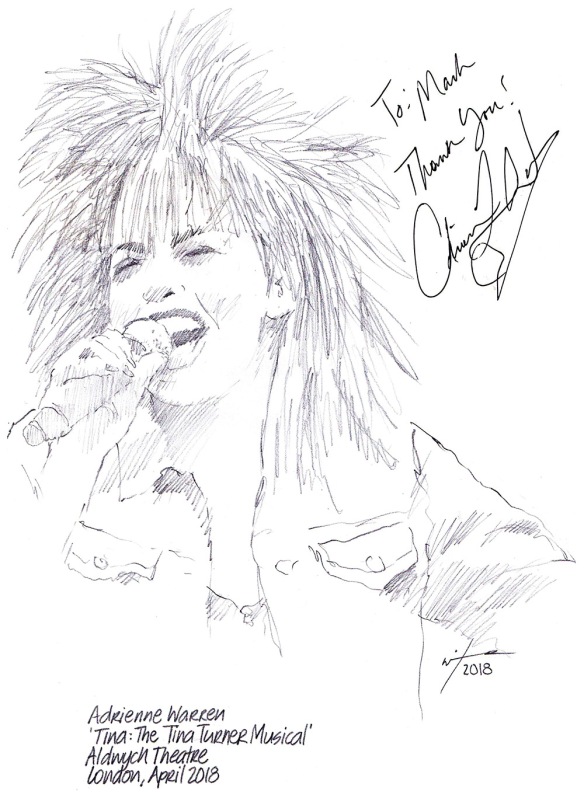 “Whirlwind Turner tribute leaves you breathless. Phyllida Lloyd’s musical is a heady celebration of triumphs over adversity, with an astonishing turn by Adrienne Warren,” wrote Michael Billington in his four-star review of TINA:THE TINA TURNER MUSICAL, which opened at London’s Aldwych Theatre with its World Premiere last month.

Matt Wolf in the New York Times said, ” She sings with the feral, unchanged yearning that does the show’s namesake proud.”

The 31 year-old American actress, singer and dancer was hand picked by Tina herself to make her West End debut, although she is well-known Stateside. Adrienne first performed on Broadway in BRING IT ON at the St James Theatre in 2012 before earning a Tony nomination for… wait for it, SHUFFLE ALONG OR THE MAKING OF THE MUSICAL SENSATION OF 1921 AND ALL THAT FOLLOWS at the Music Box Theatre.

Her screen appearances include the hit TV show ORANGE IS THE NEW BLACK. Rarely off stage in TINA, her performance as the Motown legend in the new ‘jukebox juggernaut’ had the critics searching for superlatives, but Ann Treneman of the Times said “simply the best.” Adrienne signed my sketch at the Aldwych Theatre last week.