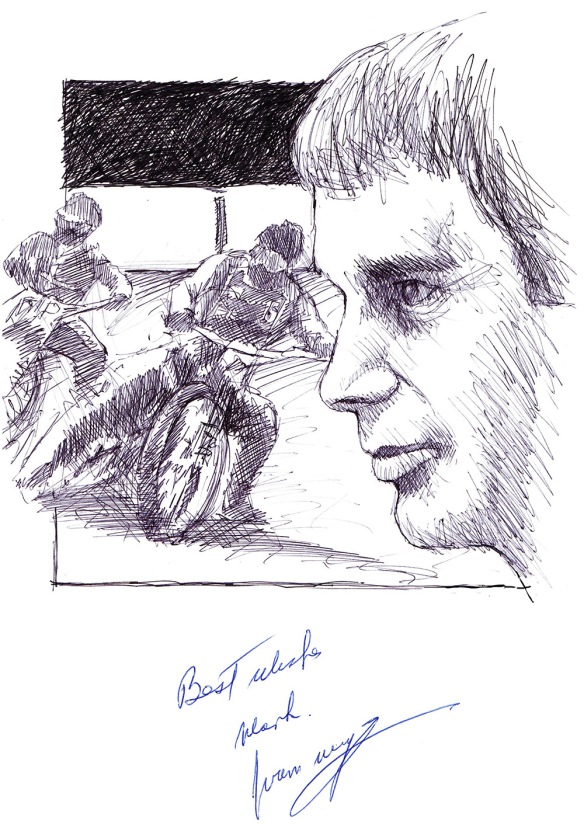 New Zealand’s Ivan Mauger, regarded as the world’s greatest speedway rider died today at the age of 78. The Christchurch-born Ivan, who won a record six individual World Championships was voted the ‘Greatest Speedway Rider of the 20th Century.’ He was also runner-up three times. In all the speedway ace won 15 world titles, mostly in the 1970’s along with countless other events and enjoyed International celebrity status.

I can’t remember when or where Ivan signed this biro sketch for me, but I have a feeling it may have been in Wellington in 1990 when he was the inaugural inductee into the NZ Hall of Fame. RIP Ivan.