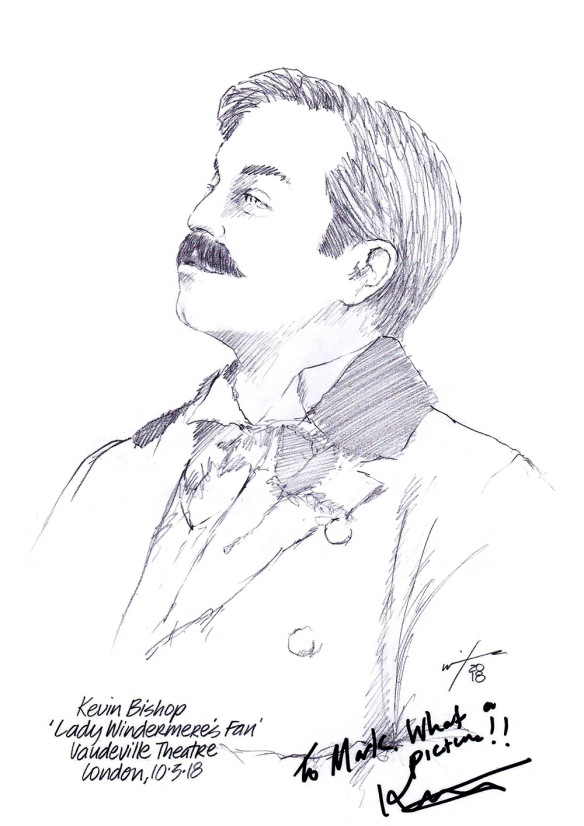 Kevin is well known to small screen fans for Channel 4’s comedy sketch series THE KEVIN BISHOP SHOW, which he co-wrote with Lee Hupfield and the BBC’s remake of the classic comedy PORRIDGE. His recent London stage appearances include the one-man show FULLY COMMITTED at the Menier Chocolate Factory in which he played 40 characters and ONCE IN A LIFETIME opposite Harry Enfield at the Young Vic.

Playing Lord Darlington gives Kevin a chance to work with two of his comedy heroes, Kathy Burke and Jennifer Saunders and deliver some of Wilde’s memorable lines, such as “We are all in the gutter, but some of us are looking at the stars.” I met Kevin as he was about to take his dog for a walk between shows on Saturday. I held the leash and he took my sharpie and signed my drawing.