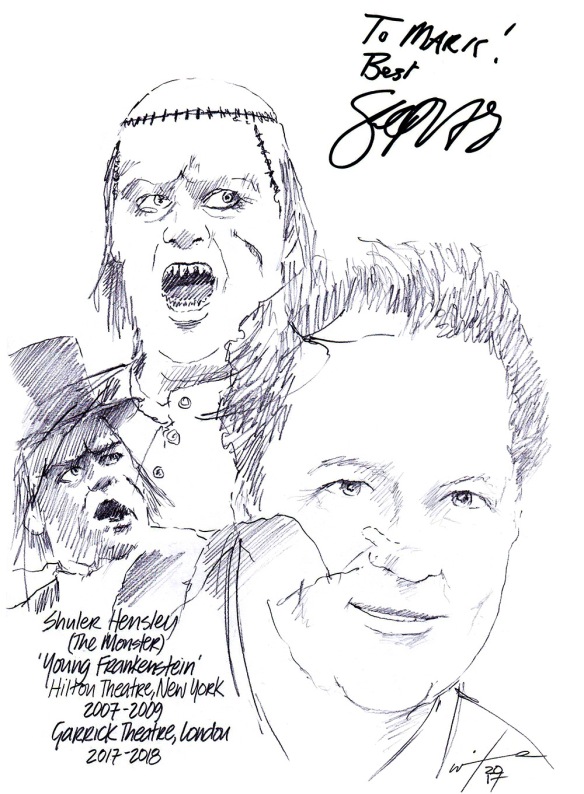 The ‘gentle giant’, 6′ 3′ American singer and actor Shuler Hensley revived his role as the Monster in Mel Brook’s musical version of his 1974 YOUNG FRANKENSTEIN when it opened at the Garrick Theatre in London’s West End this month. It’s a role he originated on Broadway in 2007, earning a Tony nomination before continuing the part for the US National tour.

Schuler is no stranger to London audiences, winning the Olivier Award for his portrayal of Jud Fry in OKLAHOMA at the National Theatre in 1998, before transferring a year later to the Lyceum in the West End. In 2002 it crossed the Atlantic to Broadway’s George Gershwin Theatre where he continued his winning ways, collecting the Tony in the process. Shuler signed my Monster sketch at the Garrick stage door on Saturday on his way in for the matinee.