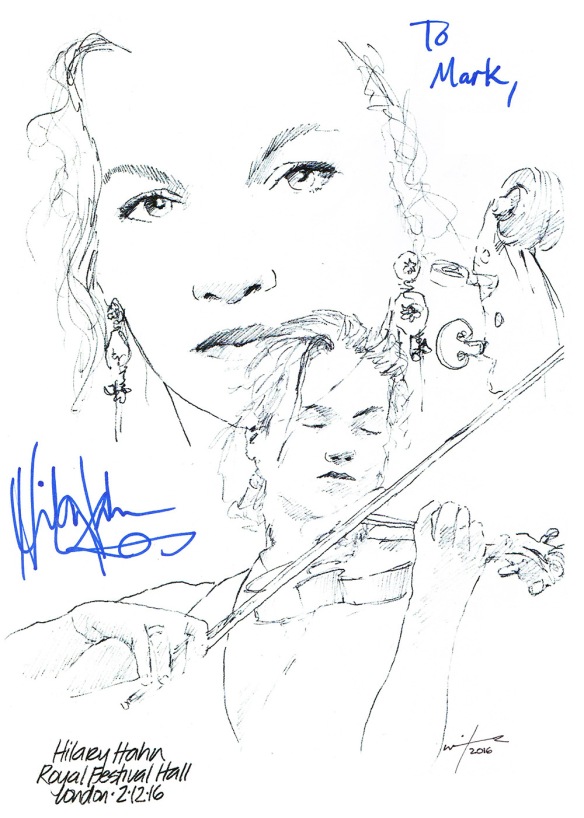 Consistently appearing in all the lists of the world’s greatest violinists is 37 year old American Hilary Hahn. The three-time Grammy Award winner is renowned  for her virtuosity , expansive interpretations and creative playing who champions contemporary music with several modern composers writing works especially for her, including Edgar Meyer and Jennifer Higdon.

Hilary started playing the violin one month before her 4th birthday and seven years a later made her major orchestral debut with the Baltimore Symphony Orchestra, beginning an extensive international career. In 2004 she recorded her first film score for M. Night Shyamalan’s THE VILLAGE, which received an Academy Award nomination. She plays a 1864 copy of Paganini’s Cannone violin by Vuillaume, which according to a recent interview, never leaves her sight. I drew this sketch of Hilary when she performed late last year at the Royal Festival Hall in London, but missed getting it signed. When she returned to the city last week for a one night performance at Wigmore Hall it gave me the opportunity to complete my mission.