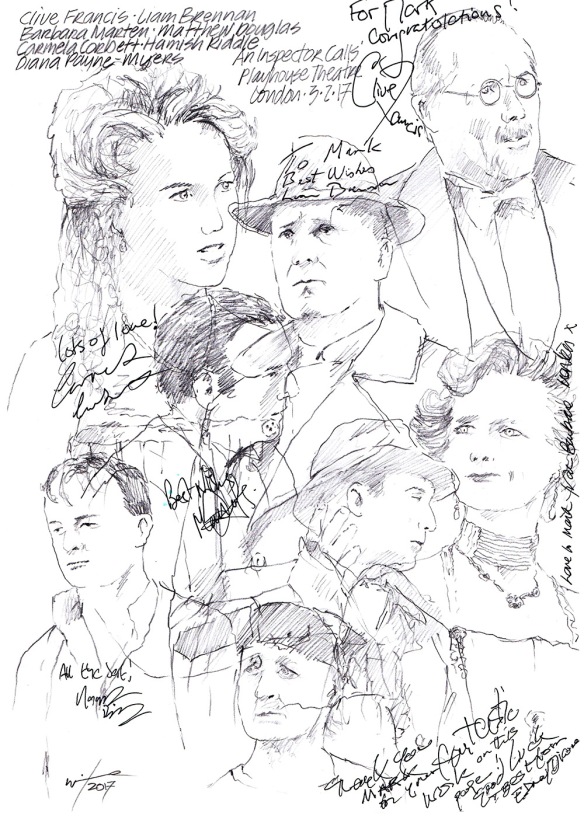 Celebrated British director Stephen Daldry’s award-laden West End and Broadway production of J B Priestley’s classic thriller AN INSPECTOR CALLS returned to the London stage this winter at the Playhouse Theatre. The story of the mysterious Inspector Goole’s interrogation of the each cast member and their responsibility for the death of Eva Smith has won 19 major awards.  Stephen’s 1992 National Theatre revival transferred to New York’s Royale Theatre two years later. Over 4 million people have seen it worldwide, including a UK Tour in 2011/12. The current production was initially for a limited season, but has now been extended. Trying to fit in a montage of seven cast members ( Inspector Goole twice) doesn’t leave much room for their names and production details, but I managed to squeeze Clive Francis, Liam Brennan, Barbara Marten, Matthew Douglas, Carmela Corbett, Hamish Riddle and the 88 year-old acting veteran Diana Payne-Myers into the rendered mix. they all signed it for me when i left it at the theatre last week.