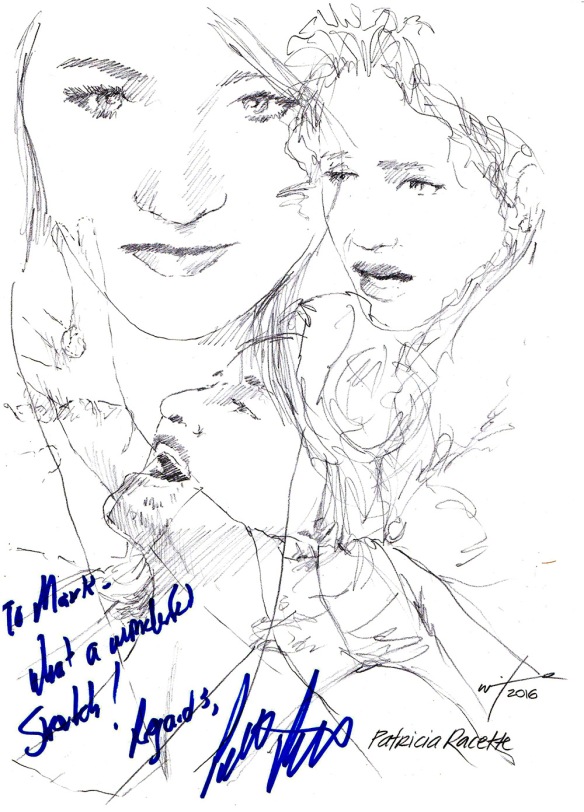 Known as one of the great singing actresses of our time, American opera star Patricia Racette returned to Covent Garden replacing Martina Serafin in the role of Georgette in Il TABARRO in February 2016. Associated with the world’s leading orchestras in Boston, Chicago, San Francisco, NewYork and London, Patricia has excelled in Puccini and Verdi operas. Her well-known roles include Violetta in LA TRAVIATA, both Mimi and Musetta in LA BOHEME, Cio-Cio San in MADAMA BUTTERFLY and Desdemona in OTELLO. I left this montage sketch of Patricia at the Royal Opera House last February and when it didn’t come back after a month I thought it was a goner…but it returned  this week it arrived back almost a year later, signed and dedicated.