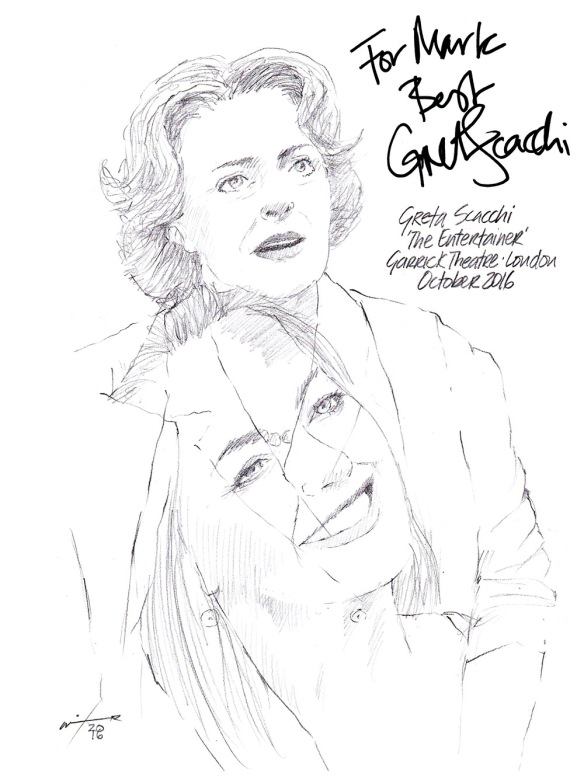 This is the third drawing that Greta Scacchi has signed for me. The first two were graphed when she starred in BETTE AND JOAN alongside Anita Dobson at the Arts Theatre in 2011. The Emmy-winner has returned to the West End in the last play of the Kenneth Branagh Theatre Company’s productions at the Garrick. John Osbourne’s venomous 1957 play THE ENTERTAINER. Greta plays Phoebe, the sad wife of Sir Kenneth’s  clapped-out Vaudevillian Archie Price. The Independent’s Paul Taylor wrote in his four-star review, “Greta Scacchi vividly captures the touchiness and squally mood-swings of Archie’s weary, put-upon working class wife.” Greta was running a little late for Saturday’s matinee, but graciously stopped to sign for three of us waiting at the stage door, including this sketch of her as Phoebe and a younger portrait, which I identified when she asked me who the second person was? She smiled and signed.