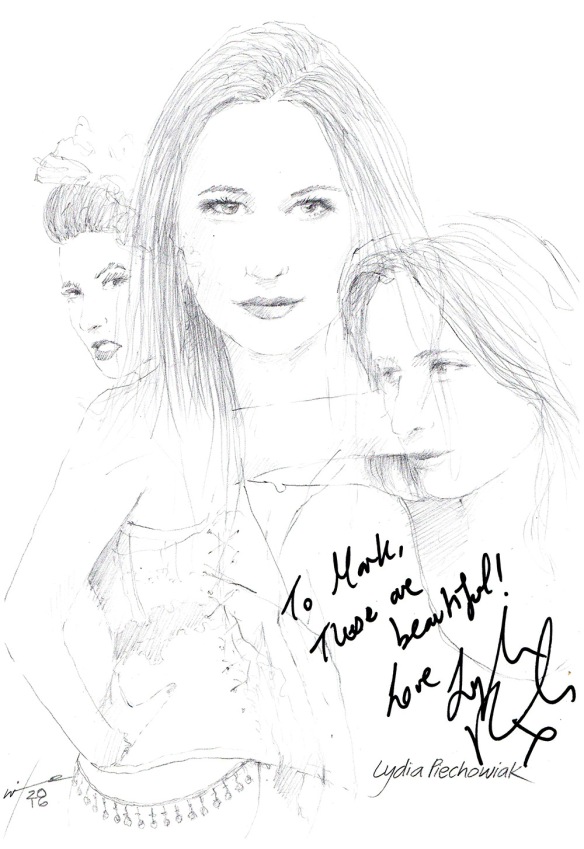 English actor and burlesque artist Lydia Piechowiak is part of the cool cast of the Restoration romp THE LIBERTINE at London’s Theatre Royal Haymarket.
Lydia, whose surname is from her Polish ancestry is also known by her stage name, the intoxicating ‘Miss Giddy Heights.’

TimeOut calls her “The international burlesque Dynamo… shimmering from elegant to debauched at the drop of a feather fan,” ideal credentials for her current ensemble West End role. After completing a degree in TV, Film and Theatre from the University of Bristol Lydia studied at the Lee Strasberg Institute in New York before establishing her own theatre company Open Door Productions.

Recently seen in the film BRIDGET JONES’ BABY, Lydia also received rave reviews from theatre critics as the over-the-top refugee maid Mitizi in the UK tour of Agatha Christie’s A MURDER IS ANNOUNCED earlier this year. I intercepted her exit from an evening LIBERTINE performance last week to get this drawing signed.