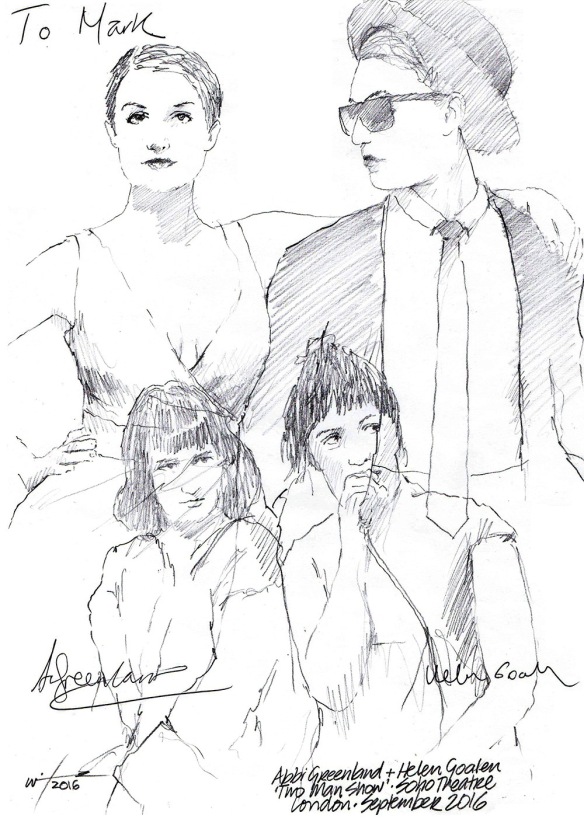 Two women look at masculinity and patriarchy in TWO MAN SHOW, the latest hit show  from RashDash’s high octane duo, Abbi Greenland and Helen Goalen. Actually it’s three women, Becky Wilkie joins them as the production’s musician. The eighty minute genre-defying sketch exploration of gender, language and humankind played this year’s Edinburgh Fringe, before a sold out month’s residency at London’s Soho Theatre. It won the 2016 Fringe First Award and due to demand will return for another run in early 2017.

The VERY physical theatre uses a combination of performance styles including music and dance to communicate what it means to be a man and a woman. As Abbi says on their website, “I make all the shows with Helen. We always give ourselves the best parts. At the moment we are making shows that are big and messy and angry.” Helen adds, “I couldn’t imagine performing in a RashDash show where I wasn’t a breathless, sweaty mess by the end.” In between all their theatrical turbulence they both found time to sign my sketch at the Soho.