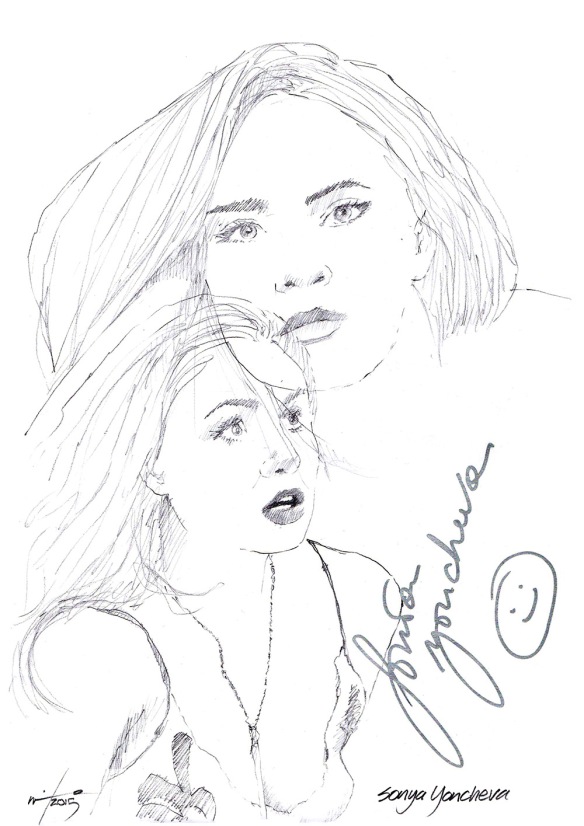 This is the second sketch I drew of Bulgarian opera soprano Sonya Yoncheva. The first one she signed at the Royal Opera House last summer when she performed Violetta in LA TRAVIATA. It was dedicated to me and signed with her shortened ‘Sonya’ sig. This one I mailed to her agent in Switzerland prior to that and it came back last week with a full autograph in silver sharpie no less.

Sonya is returning to Covent Garden this month to replace Anna Netrebko in the title role of Bellini’s masterpiece NORMA. It’s the second time she has replaced the Russian opera star, after stepping into the role of Marguerite in FAUST in 2014. Sonya will also extend her London season playing Antonia in LES CONTES D’HOFFMANN in November.