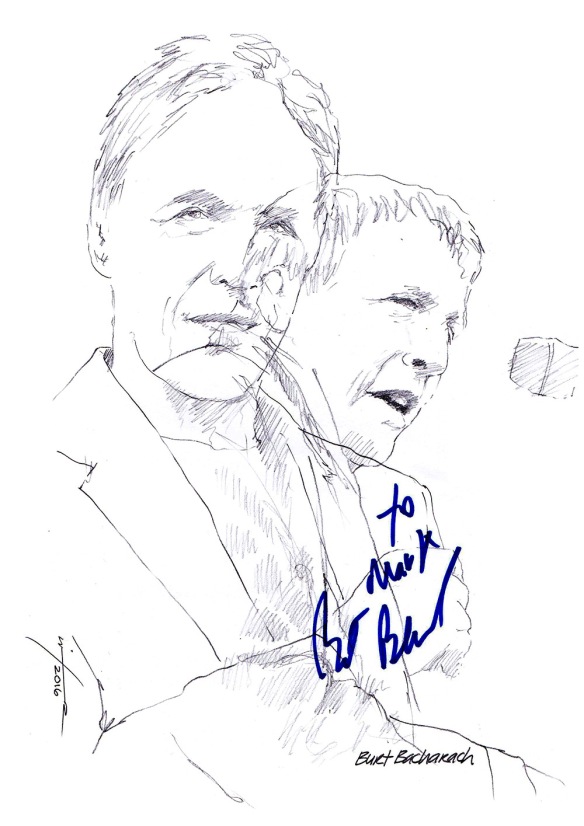 I finally got to meet one of my musical heroes yesterday, the beyond legendary Burt Bacharach. Still going strong at 88, the man described as the greatest songwriter of the 20th century was performing at London’s Royal Festival Hall. After his Liverpool concert last week, one reviewer wrote, “Good performers receive a standing ovation at the end of their performance… Burt Bacharach walked ON to one.” Another said “while the master of easy listening is knocking on a bit, his music is timeless.” In collaboration with lyricist Hal David they produced some of the most memorable tunes of all time.

Many moons ago, in New Zealand I sent a portrait drawing to Burt and he signed and returned it for me. This time I was determined to get my sketch signed in person. After a four hour wait at the Royal Festival Hall artists’ entrance (that’s the RFH’s fancy name for stage door), Burt finally arrived for the sound check and was happy to graph it for me.