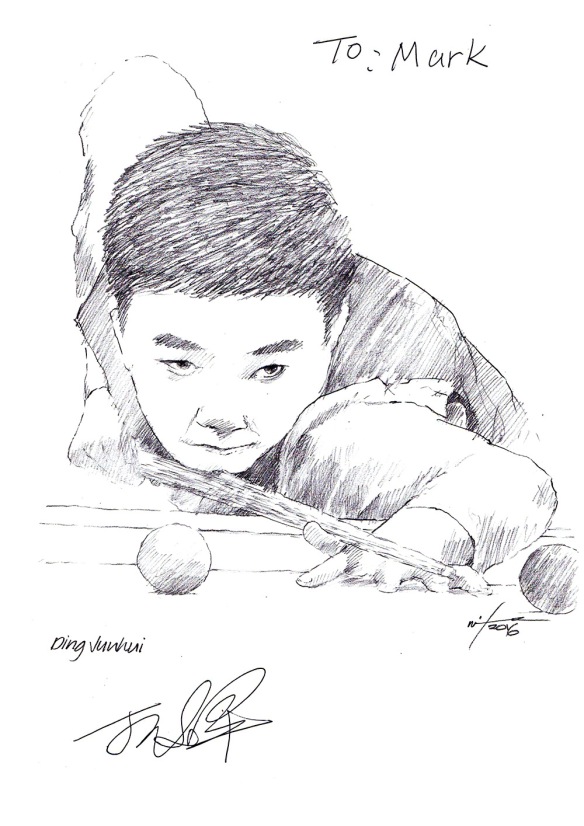 Chinese snooker star Ding Junhui became the first Asian player to reach the final of the World Snooker Championships at the Crucible Theatre in Sheffield last week. The former world number 1 had slipped outside the world’s top 16 and had to qualify for the tournament’s main drew. He won his three matches, conceding only seven frames and then went on to win all his matches to play Mark Selby,  losing 18-14 in a thrilling finale. Ding became the first qualifier to reach the final since Judd Trump in 2011. Nicknamed ‘Enter the Dragon’ the final attracted an television audience of over 42 million in his home country. The most successful Asian professional snooker player in the history of the sport has scored over 400 century breaks, securing the maximum 147 on six occasions. When beating Alan McManus in the semi-final,  Ding set a new record for the highest number of century breaks made by a single player at the Crucible.

I sent this drawing to Ding at the Crucible and he kindly signed it for me.