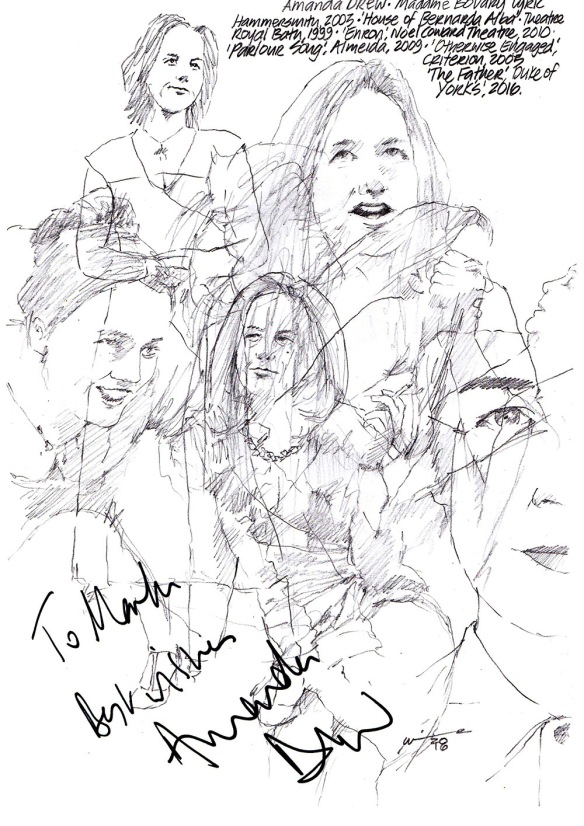 Florian Zeller’s five-star play THE FATHER returned to the West End for a four-week run at the Duke of York’s last month. Joining Olivier winner Kenneth Cranham was Amanda Drew who replaced Claire Skinner as his daughter Anne.

Amanda has previously signed a few of my drawings so this gave me another opportunity to catch up with her to get my latest sketch signed-a montage of her versatile and varied stage career over the past seventeen years, incorporating PARLOUR SONG (2009), ENRON (2010), THE HOUSE OF BERNARDA ALBA (1999), MADAME BOVARY (2003), OTHERWISE ENGAGED (2005) and her current role.

THE FATHER is currently on a short tour,which concludes at the Royal Brighton Theatre at the end of the month.