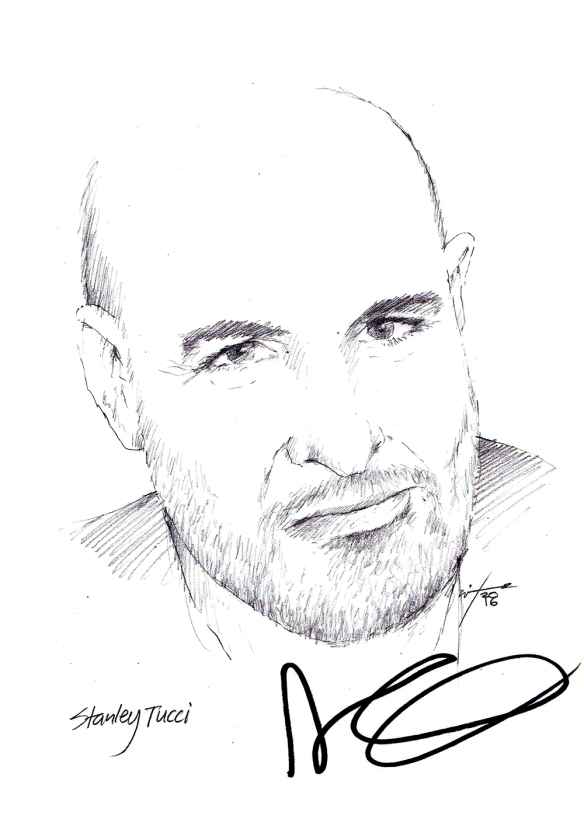 There was only a five minute window of opportunity to get the graphs of Michael Keaton, Mark Ruffalo and Stanley Tucci when they appeared briefly at the UK Premiere of SPOTLIGHT at the Curzon Cinema in Mayfair recently. The trio raced in with only a few minutes to spare before the film commenced and then had leave with similar haste for other media commitments.

However in that time I managed to get a couple of sketches signed, including  Emmy winner and Oscar and Grammy nominated Stanley,who plays attorney Mitchell Garabediau in the film about the Boston Globe’s exposure of child molestation in the local Catholic Archdiocese.