The Chichester production of George Bernard Shaw’s greatest play Pygmalion, transferred to London’s West End for a three month season at the Garrick Theatre in the Summer of 2011.

New cast member Kara Tointon, previously know for Eastenders and winning Strictly Come Dancing made a terrific West End stage debut as the cockney guttersnipe Eliza Doolittle, who transforms from torturing innocent vowels into a toff with a posh elocution when becoming the subject of a bet between Professor of Phonetics and confirmed bachelor Henry Higgins and a fellow linguist .

Rupert Everett reprised the role of his devilish and unconventional Higgins from Chichester. 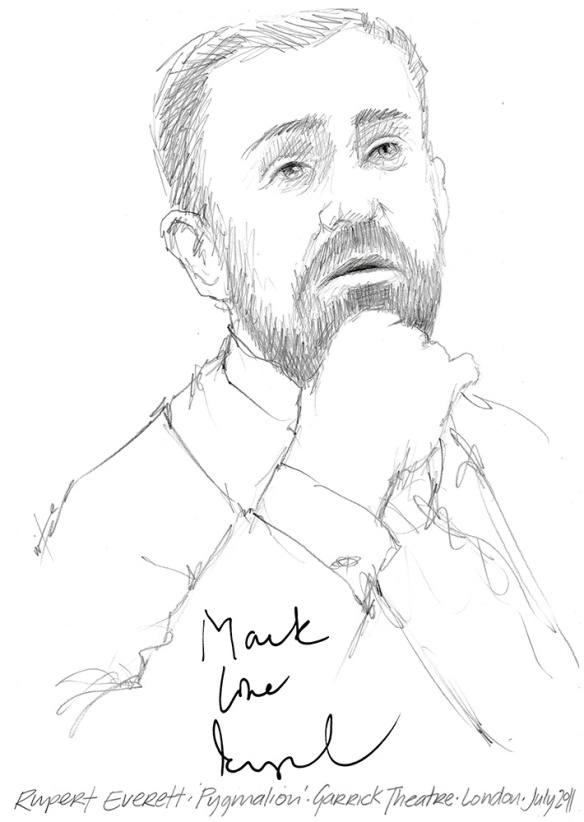 2 thoughts on “Drawing: Kara Tointon and Rupert Everett in Pygmalion”