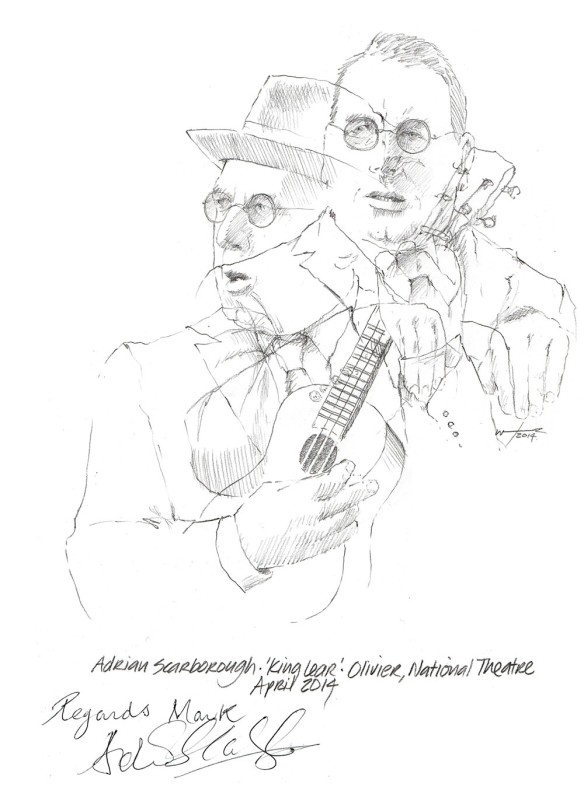 Adrian Scarborough is currently playing The Fool in Sam Mendes “magnetic and unorthodox” production of King Lear, in repertory on the vast Olivier stage at the National Theatre in London. His “lovely-melancholy” turn has garnered rave reviews as Lear’s beloved Fool who batters to death in what the Times called “a startling innovation”.

“His death in a bath tub is sudden and shocking, an example of the coin spin between comedy and tragedy that Mendes manages so well,” said critic Tom Wicker.

Equally at home on both stage and screen, Adrian has appeared in films such as The Madness of King George, Vera Drake, The History Boys, Gosford Park, The King’s Speech and Les Miserables. On the smaller screen he has featured in Gavin and Stacey, Upstairs Downstairs and even an episode of Dr Who.

Adrian was nominated for two Olivier in 2011 for Best Actor in a Supporting Role in the National’s Revival of Terence Rattigan’s After the Dance.