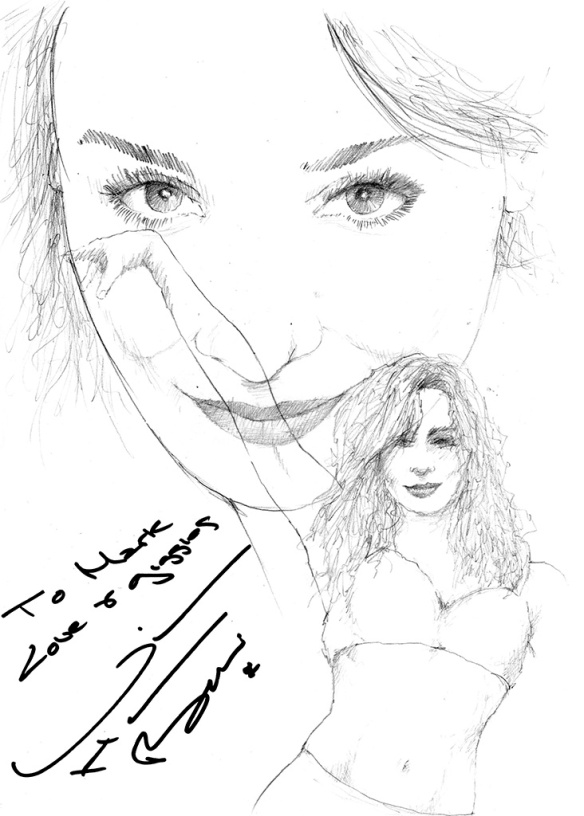 Marvin Hamlisch’s A Chorus Line is one of the most successful musicals of all time. The story of seventeen dancers auditioning for a spot on a chorus line, the action takes place on the bare stage of a theatre.

It opened in July 1975 and became a box office and critical hit, winning 9 Tony Awards and the Pulitzer Prize for Drama. It ran for 6,137 performances and a West End production started in 1976, winning the Olivier for Best Musical. A number of revivals have followed, the most recent at the London Palladium, which opened earlier this year to rave reviews. It was booked to continue into 2014, but posted early closing notices for the end of August.

The female leads – Scarlett Strallen (Cassie), Leigh Zimmerman (Sheila) and Victoria Hamilton-Barritt (Diana) all signed my sketches at the stage door and requested copies. I gave them redrawn originals. Leigh won this year’s Olivier Award for Best Supporting Actress in a Musical.