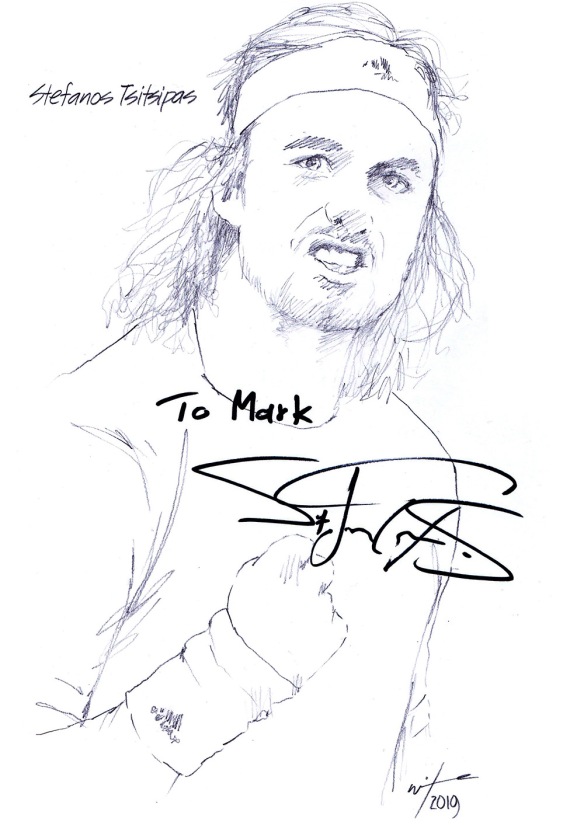 Half the singles players in this years ATP Finals at London’s O2 Arena are under the age of 23. The youngest is 21 year-old Stefanos Tsitsipas from Greece, who is currently ranked No. 6 in the world. The tall, aggressive baseliner won his opening pool match yesterday against fellow Finals debutant and even taller Daniil Medvedev, the first time he has beaten the Russian in six match-ups.

Born into a tennis family in Athens, Stefanos started taking lessons at the age of six, becoming the worlds No. 1 junior. In 2016 he won the Wimbledon Championships Boys’ Doubles title with Estonia’s Kenneth Raisma. Last year he won the Next Gen ATP Finals and reached three tour-level finals, winning his first title at the Stockholm Open. This year he reached the semi-finals at the Australian Open and reached No. 5 in the ATP world rankings.

Stefanos signed my sketch after a practice session last Thursday at the O2 Arena.