This year’s BFI LONDON FILM FESTIVAL has just concluded. Here is one of the guests whom I met at the event: 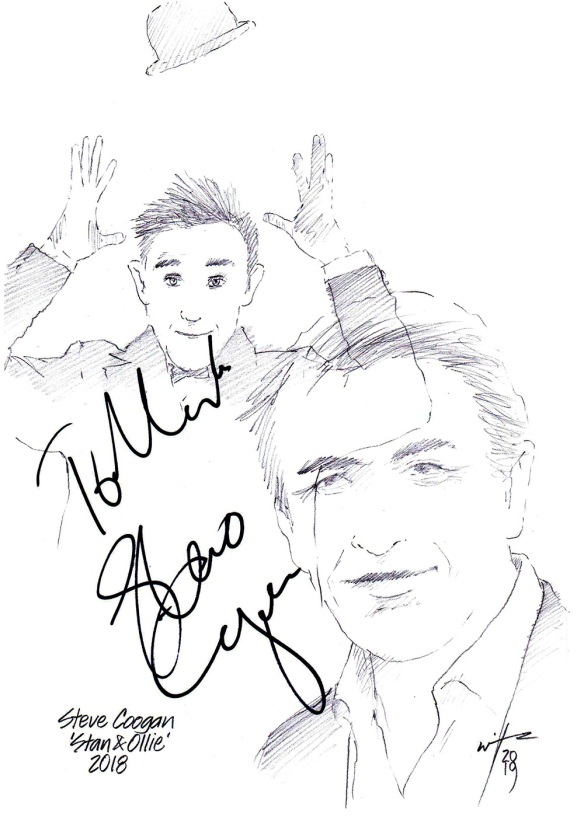 Steve Coogan “dazzles as the ‘da Vinci of deal-making’ in Michael Winterbottom’s sharp-tongued satire on corporate greed.” He plays Sir Richard McCreadie, the king of High Street in GREED, which had its Headline Gala Screenings at the Odeon Luxe in Leicester Square and the Embankment Garden Cinemas on Wednesday 9 October.

In 2013 he co-wrote, produced and starred in the comedy-drama PHILOMENA, which earned him Golden Globe, BAFTA and two Academy Award nominations. Last year his performance as English comedian Stan Laurel in the film biopic STAN & LAUREL, opposite John C.Reilly as Oliver Hardy, earned him a Best Actor BAFTA nomination. It premiered at the BFI London Film Festival.

Steve signed my Stan sketch for me at the Embankment Garden cinema after the screening of GREED.