This year’s BFI LONDON FILM FESTIVAL has just concluded. Here is one of the guests that I met at the event: 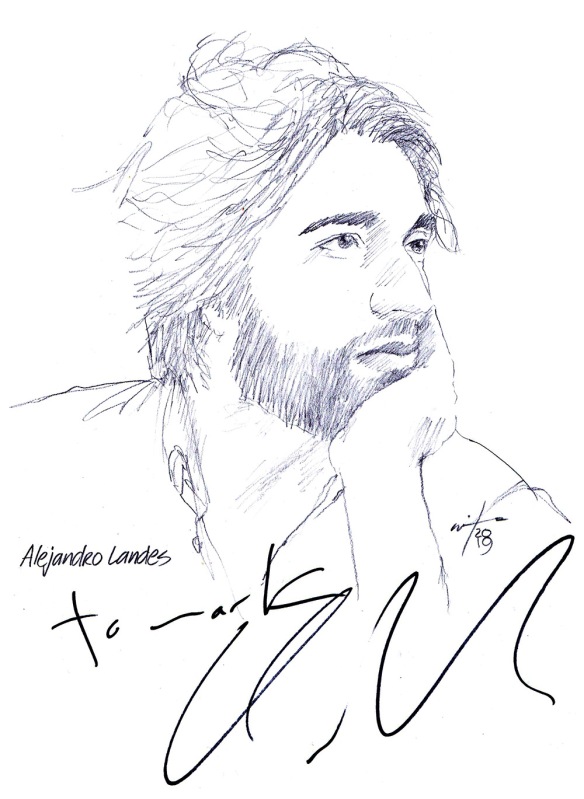 Alejandro Landes. The Brazilian-born Colombian-Ecuadorian director’s third feature MONOS, the hallucinogenic and intoxicating thriller about child soldiers, set on a remote mountain top in Latin America is one of the most talked-about films of the year and won the top prize at the London Festival, adding to the numerous accolades already collected, including the Jury Prize at Sundance where it premiered in January and is Colombia’s Official entry for the Academy Awards.

Alejandro signed my sketch at the first screening of MONOS at the Vue Cinema in Leicester Square.